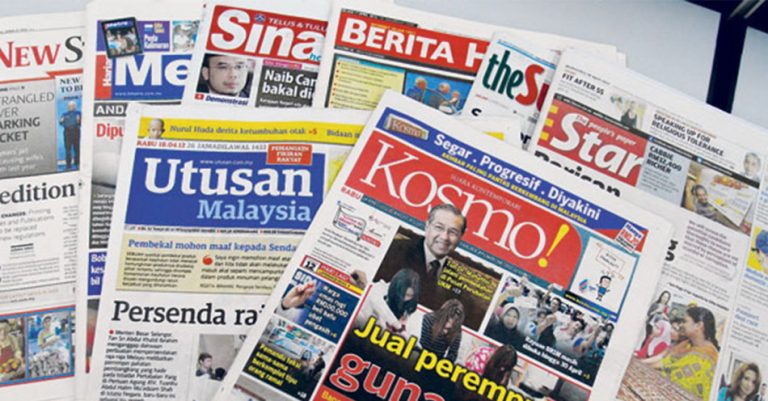 Last year, Malaysia introduced a new law to curb the spread of fake news, which triggered discussions about fake news in many nations. (Image: The Coverage)

Last year, Malaysia introduced a new law to curb the spread of fake news. Though the country eventually repealed the law, it triggered discussions about fake news in many nations. Now, Russia is reportedly trying to pass an anti-fake news bill that some claim will hurt human rights and political activists.

In early 2018, the lower house of parliament in Malaysia passed a bill that sought to outlaw fake news. The legislation was supposed to target “any news, information, data, and reports which are wholly or partly false, whether in the form of features, visuals, or audio recordings or in any other form capable of suggesting words or ideas,” according to The New York Times.

The law would not only punish the people who create fake news, but also those who spread it, with a jail term of up to six years and fines of up to US$122,000. All online publishers were subject to the law, with citizens having the freedom to file complaints. Even fake news published outside the country was at risk of prosecution.

However, the government was vague in defining what constitutes “fake news.” This raised suspicions that the law will eventually be used against political dissidents and rights activists. The fact that the law was introduced by previous Prime Minister Najib Razak, who was involved in a corruption scandal, only made the protest against the bill stronger.

When Mahathir Mohamad was running for elections against Razak, he was reportedly harassed under the anti-fake news law. He claimed that the Malaysian administration sabotaged his plane to prevent him from registering as a prime ministerial candidate. As a result, one of the major poll promises of Mahathir was the removal of the law. After getting elected into office in May, Mahathir was successful in getting the parliament to strike down the anti-fake news law in August.

“This is a law that was clearly designed to silence criticism of the authorities and to quell public debate — it should never have been allowed to pass in the first place,” Teddy Brawner Baguilat, Board Member of ASEAN Parliamentarians for Human Rights, said to The Guardian.

When the Malaysian government eventually repealed the anti-fake news law, it was a lesson for the international community. The high possibility of the government misusing such a law against people of differing opinions was something that made many nervous.

However, Russia seems to be discounting such negatives. Recently, the country’s lower house passed the first reading of a bill that would prevent news outlets and citizens from publishing or spreading fake news and content that might “disrespect” the government.

“The awareness of the negative aspects of spreading false information makes government institutions in many countries look for ways of preventing them. The European Commission is working on a common European strategy of resisting on-line disinformation… [The proposed amendments to Russian legislation] reaffirm legal guarantees against the abuse of the freedom of speech, which may pose a threat to state and public security,” according to the document (TASS).

The wording of the proposed law is definitely problematic. Passing such legislation will give the Russian government the right to arrest and prosecute people under the pretext “social stability.” Given that the country’s administration is already against freedom of speech, the new anti-fake news law will only worsen the human rights situation in Russia.