There’s a Science to Snow Removal 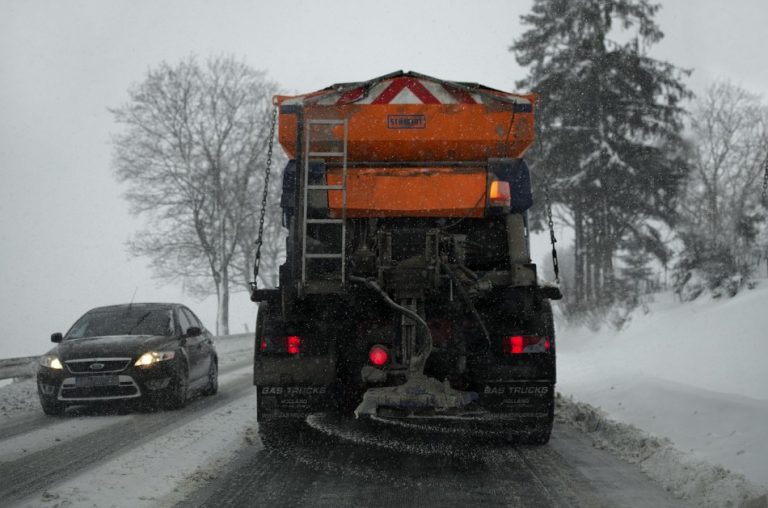 Most of the northern hemisphere of our planet is covered in snow right now, which means city officials and engineers are stuck trying to figure out how to keep their roads safe until it melts. (Image: via Pixabay)

Most of the northern hemisphere of our planet is covered in snow right now, which means city officials and engineers are stuck trying to figure out how to keep their roads safe until it melts. There’s a lot more to snow removal than just shoveling it off your walk or sprinkling some salt on it. Let’s take a closer look at the science of snow removal.

Staying ahead of accumulation

The more snow there is, the harder it is to move. Anyone who’s ever tried to clear out three or four feet of snow to get to the mailbox can attest to this. The goal is to stay ahead of the accumulation, which can be difficult to do if a storm blows up and dumps a few feet of snow overnight.

Whether you’re only clearing your driveway or are responsible for an entire city of roads and highways, the rule of thumb is the same: Work smarter, not harder. Shoveling or salting the streets more often will prevent snow from accumulating, making the job less of a challenge.

The science of road salt

Why do so many cities dump rock salt on their roads during the winter months? The science behind it might surprise you.

Why do lakes freeze, but it takes much colder temperatures to get the same reaction from ocean water? The answer is in the salt. Sodium chloride — the same stuff you’ve probably got in your kitchen right now, which is also known as table salt — lowers the freezing point of water. Instead of freezing at 32°F, or 0°C, saltwater freezes at much lower temperatures, depending on how much salt is in the water. A solution that is just 10 percent salt won’t freeze until it reaches 20°F, or -6°C. Add only 10 percent more salt for a 20 percent solution, and that freezing point drops to 2°F, or -16°C.

Rock salt isn’t the only de-icing material available on the market. Other chemicals, like calcium chloride, can also replace salt. Some cities, like Glen Ellyn, Ill., even add beet sugar juice to their de-icing cocktail to make it sticky so it will stay on the roads longer.

Where does all the snow go during snow removal?

In areas where salt doesn’t work, where does all the snow go during snow removal? City planners and business owners are responsible for making sure their respective roads and lots are clear of snow so commuters can travel and park safely. What do you do with four feet of snow that are blocking a parking lot?

Businesses with large lots might consider investing in compact industrial equipment to help them move the snow efficiently if salting isn’t an option. Make sure you have tracks for your skid steer. These increase traction and make it less likely you’ll end up getting stuck in a snowdrift, instead of moving the fluffy white stuff out of the way.

Instead of melting the flakes, you’ll end up with an enormous snowbank. The critical thing to remember is to put the snow somewhere it won’t block other parking lots or driveways, and where there’s no risk of it falling over and potentially burying someone.

Whether you’re salting, shoveling, or breaking out the snow blower, there will be plenty of the white stuff for you to deal with this winter. Stay bundled up and drive carefully whenever there is snow or ice on the road. Salt only goes so far, and once the temperature drops below 20°F, it has minimal effect on the ice. Be safe when you’re moving snow on your property. If you’re not sure where you can shovel or plow, talk to local city planners or code enforcement officials to make sure you’re not making someone else’s day harder by plowing your property.