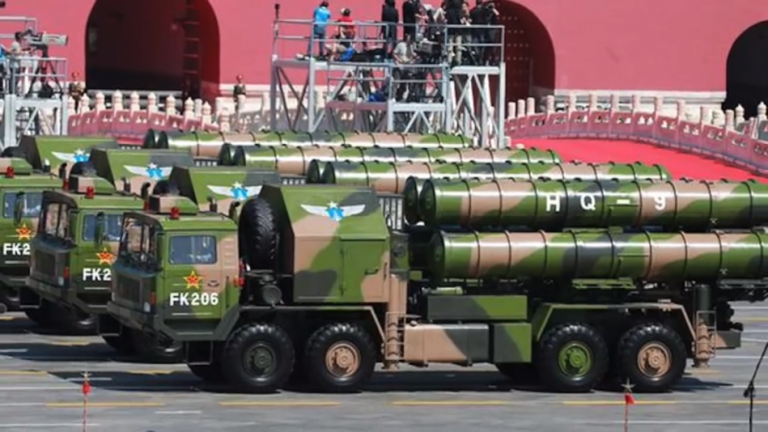 Looking at the massive military buildup done by China in the South China Sea region, U.S. Republican Senator James Inhofe voiced his opinion that the Asian country was preparing for another world war. (Image: Screenshot via YouTube)

Looking at the massive military buildup done by China in the South China Sea region, U.S. Republican Senator James Inhofe voiced his opinion that the Asian nation was preparing for World War III. The Chinese recently completed the construction of a new maritime hub in one of the artificial islands in the South China Sea.

“It’s like you’re preparing for World War III… You’re talking to our allies over there and you wonder whose side they’re going to be on,” Inhofe said in a statement (Military Times). And he is not at all happy with the development.

Inhofe criticized the U.S. for sitting back and silently watching Beijing stake claim over the South China Sea, creating artificial islands in the region equipped with military tech. This is causing a shift in power in the region, with America fast losing dominance to Beijing. He fears that American citizens do not fully grasp the threat posed by Chinese supremacy in the area.

The militarization of the South China Sea has also been criticized by Australia, which is concerned that Beijing might try to block other countries from conducting free trade through the international waterway. “The building and militarization of artificial features in the South China Sea, for instance, has not increased regional confidence in Beijing’s strategic intentions… Instead, it has increased anxiety,” Christopher Pyne, Australia’s defense minister, said in a statement (News.Com.Au).

Given the high risk of war, both Beijing and the U.S. have been engaged in continuous dialogue to avoid any military miscalculation in the South China Sea, says U.S. naval operations chief John Richardson. In September last year, a Chinese navy ship came close to colliding with an American destroyer, forcing the Pentagon to accuse the Chinese military of conducting an unprofessional maneuver.

“Let’s not make it difficult for one another by maneuvering in front of one another like that… [Such encounters were] going to happen more frequently as the PLA grows and becomes more operational,” he said in a statement (South China Morning Post). During his visit to the Asian nation in January, Richardson highlighted the need to have a reliable communication mechanism in place so that any sudden tense events could be discussed and de-escalated “before it gets too hot.”

On January 29, Beijing announced the opening of a new maritime rescue facility in the South China Sea, located on an artificial island on the Fiery Cross Reef. This region is also being claimed by countries like the Philippines, Vietnam, and Taiwan.

The Ministry of Transport has emphasized that the rescue center was only for peaceful purposes and would provide safety to transportation networks in the South China Sea. However, the Fiery Cross Reef is also home to an airbase equipped with an early warning radar system, anti-missile defense system, anti-aircraft weaponry, and a 9,800-foot runway. As such, not many buy the claim of the island being solely for the purpose of maintaining “peace.”

“The only thing lacking are the deployed forces… Once occupied, China will be able to extend its influence thousands of miles to the south and project power deep into Oceania. In short, China is now capable of controlling the South China Sea in all scenarios short of war with the United States,” Philip Davidson, United States Navy Admiral, said in a statement (The Trumpet).

This area is an important region for world trade since about US$5.3 trillion worth of goods flow through the area every year, accounting for over 30 percent of global shipping.