Trump’s Strategy to Curb Russia and China in Venezuela 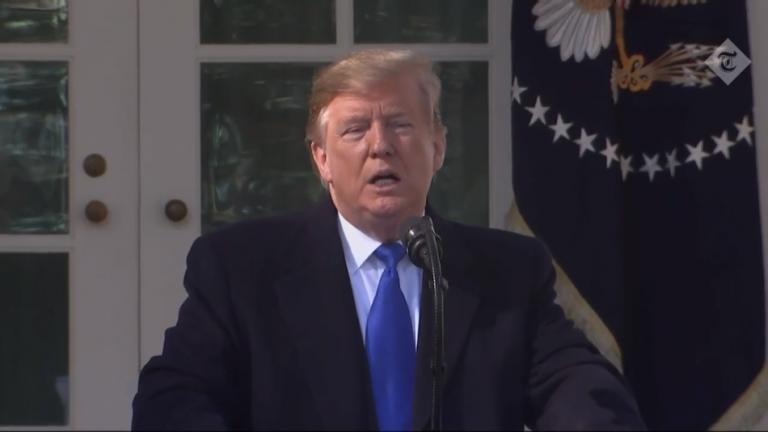 The U.S. presidential election is set for 2020 and President Trump may be reelected despite his poor approval numbers. (Image: Screenshot via YouTube)

Right now, Venezuela has two presidents. The one in power, Nicolas Maduro, is known for his dictatorial tendencies and enjoys support from Russia and China. The one seeking power, Juan Guaidó, is the leader of the opposition party and came into the limelight only a few weeks ago when he declared himself the interim president of the country after reports suggested that the presidential election that put Maduro in power was a sham.

He enjoys the support of the U.S. and most of its allies, who want the people of Venezuela to vote for a leader they genuinely desire. However, there is another reason why the U.S. seeks to oust Maduro — to curb Russian and Chinese influence in the country.

“I don’t think they [China and Russia] like regime change. I don’t think they like the idea that the U.S. is seemingly declaring somebody president… Both Xi and Putin would be horrified if the U.S. got any ideas about trying to do this in any of their countries, or countries that they view as satellite states,” Helima Croft, global head of commodity strategy at RBC Capital Markets, said to CNBC.

According to estimates, Venezuela owes almost US$100 billion in debt to its creditors, with China being a major lender. Both Russia and China have loaned money to the country in exchange for shares in the country’s oil, gold, and other reserves. Venezuela’s current financial crisis is definitely worrying. But experts point out that the problem is merely a temporary one. Venezuela is literally sitting on 300 billion barrels of oil reserves as well as massive stores of iron ore, gold, and other resources. As such, the country’s long-term financials look pretty solid. The only thing the country has to sort out is its current liquidity crisis.

Maduro has been a close friend of Russia and China. Both countries have entered into agreements under the Maduro regime that put them in an advantageous position and give them influence on one of Latin America’s powerful nations. Only by bringing Guaidó into power can the influence of Russia and China on Venezuela be curbed.

However, this line of action does come with its share of risks. “If Washington’s support for Venezuelan opposition figure Juan Guaidó does not force out Mr. Maduro, the situation with the country could further decay and the nation could strengthen ties with Iran, Russia, and China as a result,” according to News Flash. To avoid this, the U.S. is trying to pressure the UN Security Council to force Venezuela to conduct a free, fair election.

Call for elections in Venezuela

America’s call for fresh elections in Venezuela has been met with fierce resistance by Russia and China. Recently, diplomats from the UN’s Security Council held a meeting to assess the U.S.-drafted resolution that declared Venezuela’s National Assembly as the only genuine democratically elected institution in the country. Russia scoffed at the resolution, accusing Washington of trying to stage a coup in the country.

This is a pretty strange accusation when the U.S. is only asking for fair elections in the country. Why would Russia ever think that conducting an election under the watch of the UN in which people have the freedom to choose between Maduro and Guaidó is akin to a coup? This is the very opposite of a coup. Usually, a forceful military takeover of a country by a dictator who denies people democratic elections is considered a coup.

The only reason Russia and China are against elections in Venezuela is that they strongly believe that people would oust Maduro from power if given a chance. If Guaidó becomes the president, there is a real risk that he might rollback Venezuela’s agreements with both nations and seek to distance the country from their spheres of influence. Russia and China obviously do not want this to happen as they are quite content with Maduro pledging Venezuela as their satellite country.