Top 4 Topics the Chinese Government Censored on WeChat in 2018 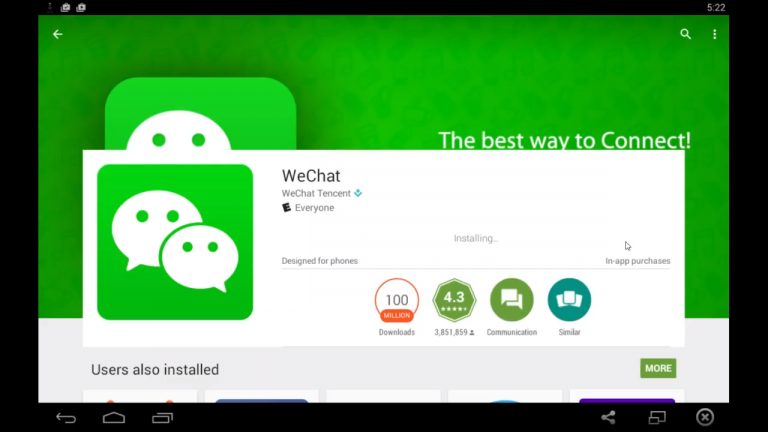 In the United States, most of the 4 million Chinese diasporas have WeChat accounts. (Image: Screenshot via YouTube)

WeChat boasts about having more than a billion users on its platform, but like all other online media operating in China, it is subject to strict regulations by the Chinese Communist Party (CCP). A research initiative at The University of Hong Kong, WeChatSCOPE, did a study of the most censored topics on WeChat last year. As expected, everything from the CCP’s floundering relationship with the U.S. government to corruption scandals was heavily censored on the platform.

Information about the ongoing U.S.-China trade conflict was a heavily censored subject on WeChat. And for good reason. If the public were to find out that the reason for the trade war was unfair trade policies and IP theft carried out by China, it is inevitable that the citizens would be angry at the government. To maintain its image, the Chinese regime cleverly spread propaganda in the media, positioning the country as the victim of “harmful Western powers.” With China’s economy expected to further slow down this year due to lower exports, the CCP might find it difficult to keep the public from learning the truth.

2. US sanctions on ZTE

In April 2018, the U.S. banned ZTE from importing components from American companies. The reason — ZTE was found to have engaged in trade with Iran and North Korea despite strict U.S. sanctions. Since ZTE was heavily reliant on U.S.-manufactured components to produce headsets, the ban meant that the company had to eventually shut down operations in May. But just a month later in June, the company agreed to a U.S. offer of US$1 billion in fines to lift the ban. The CCP purged much of the coverage of the topic on WeChat, possibly fearing that reports of ZTE’s production shut down might create panic among the people.

Meng Wanzhou was arrested last December in Canada. A New York court had issued a warrant for her arrest in August. Since Canada has an extradition treaty with the U.S., Meng was quickly apprehended as soon as she arrived at the Vancouver airport. She is suspected of being involved in Huawei’s violation of trade sanctions against Iran.

Since Huawei is a highly revered company in China, the CCP was adamant on ensuring that no negative coverage of the company was circulated on WeChat. The Chinese regime also used the nationalism card, spreading propaganda that the arrest was due to America being jealous of Huawei’s technological progress. Many social media users who fell for the propaganda called for a boycott of Apple products so as to “teach the U.S. a lesson.”

Ye Jianming was the Chairman of CEFC China Energy Company Limited and the China Energy Fund Committee, the latter being a think tank that had consultative status with the United Nations. He was also the political advisor to the New People’s Party of Hong Kong. In 2017, the U.S. Department of Justice accused Ye of bribing the president of Chad with US$2 million in order to gain oil rights. In 2018, Xi Jinping ordered an investigation into the matter. It was later revealed that Ye had bribed a Party secretary in 2011. The state censors kept the investigation a hushed matter on WeChat.