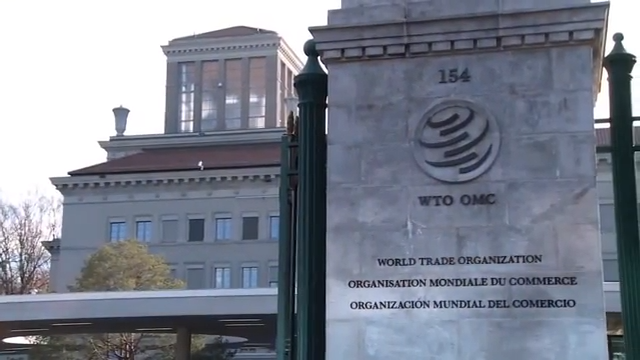 China has rejected the conclusions of a report by the U.S. Trade Representative’s office, which labeled the attempt to negotiate new WTO rules to rein in China’s ‘mercantile’ trade policies as futile. (Image: Screenshot via YouTube)

China has rejected the conclusions of a recent report by the U.S. Trade Representative’s (USTR) office that labeled the attempt to negotiate new WTO rules to rein in China’s “mercantile” trade policies as futile. Instead, the USTR stated that it would be better to pursue a unilateral approach to protect American farmers, businesses, and workers from China’s unfair trade practices.

“Until China transforms its approach to the economy and trade, the United States will take all appropriate actions to ensure that the costs of China’s non-market economic system are borne by China, not by the United States… China retains its non-market economic structure and its state-led, mercantilist approach to trade, to the detriment of its trading partners,” the USTR report said (CNBC). Modifying WTO rules is a difficult thing to pull off since any change must be agreed upon by all the 164 countries who are members of the organization.

China’s commerce ministry slammed the USTR report, stating that it was inconsistent with facts. The ministry also added that Beijing was committed to the multilateral trading system and opposes protectionism. However, it did not specify which accusations in the USTR report were “non-factual” or that it had a disagreement with.

“As in the past, the report evaluated China’s implementation of WTO commitments on the basis of U.S. domestic laws rather than according to WTO agreements and multilateral rules… The report’s considerable amount of accusations towards China are beyond the commitments made when joining the WTO, and lacking in legal and factual basis,” the ministry said in a statement (Caixin Global).

The 90-day ceasefire on the trade war, agreed upon by both countries in November last year, is also approaching its deadline on March 2, 2019. President Trump stated that he would increase tariffs on about US$200 billion worth of Chinese goods from 10 percent to 25 percent if Beijing failed to address America’s demands for fair trade policy and protection of intellectual property rights.

Meanwhile, media reports suggest that the Chinese side has talked about ending market-distorting subsidies for its domestic industries with U.S. officials. Beijing also apparently promised to bring all its subsidy programs into WTO compliance.

“What they offered to do was to actually take it seriously… The Chinese are looking for ways to check the box and say: ‘We are addressing your subsidy and industrial policy questions,’ without changing their system,” an anonymous source said to Channel NewsAsia.

However, the U.S. is said to be viewing China’s offer with huge skepticism. This stems from the fact that China has avoided disclosing the details of its subsidies. Without this information, it would be difficult to determine which companies and industries enjoy financial subsidies from the government, thus making it impossible to accurately judge whether China is sticking to its promise or not.

U.S. Trade Representative Robert Lighthizer had earlier stated that ending Beijing’s subsidy programs was of extreme importance to the U.S. If the subsidies were to continue, America’s economic position will diminish quite significantly, he warned.

China has been a member of the WTO since 2001. However, it has never once reported the full details of its state subsidy programs. Last year, the U.S., EU, and Japan suggested that the WTO crackdown on countries that fail to submit a timely report of government subsidies.