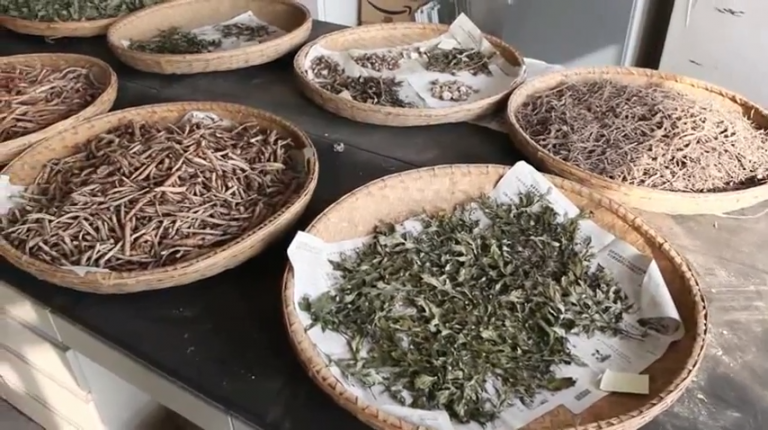 12 traditional Chinese medicinal materials have been given the ISO standard till now.(Image: Nspirement)

With people looking for alternative methods of treatment for cancer, traditional Chinese medicine (TCM) is fast becoming a popular choice for many. Several scientific studies have also been conducted to assess the effectiveness of TCM on cancer, with most recommending the medical system at least as a complementary solution to existing Western medications.

In 2016, researchers from the University of Adelaide did a study on a mix of plant compounds derived from TCM. Known as Compound Kushen Injection (CKI), the compound mix is usually administered in China for the treatment of cancerous tumors and is used in conjunction with chemotherapy. However, the practice is almost exclusive to China and rarely used outside.

The cancer research was aimed at determining whether or not CKI was a reliable treatment for the disease. For the experiment, researchers used CKI on breast cancer cells grown in the laboratory. By using high-throughput sequencing technologies, scientists were able to identify the genes and pathways that are targeted by CKI.

“We showed that the patterns of gene expression triggered by CKI affect the same pathways as Western chemotherapy, but by acting on different genes in the same pathways… These genes regulate the cell cycle of division and death, and it seems that CKI alters the way the cell cycle is regulated to push cancer cells down the cell death pathway, therefore killing the cells,” David Adelson, Director of the Zhendong Australia-China Centre for the Molecular Basis of Traditional Chinese Medicine, said in a statement (Science Daily).

An older study published in 2010 also confirms the utility of TCM in treating cancer. The study, led by National Foundation for Cancer Research scientist Yung-Chi Cheng, lasted for about 10 years before being published in the journal Science Translational Medicine. Yung and his team used a formula of four ancient Chinese herbs, termed as PHY906, for research. They discovered that the formula was capable of reducing the unpleasant gastrointestinal side effects caused by chemotherapy among rectal and colon cancer patients.

TCM follows the premise of “treatment according to syndrome patterns” and proposes several major approaches to cancer treatment, which include the likes of general tonification, dispersing phlegm to soften lumps, detoxification with toxic substances, and clearing toxic heat.

For general tonification, the aim is to replenish qi and blood in the body, improve the yin/yang balance, and fortify the organs. This is achieved through methods like acupuncture, acupressure, and the usage of herbal prescriptions. These provide the body with the strength required to fight cancer and get rid of complex symptoms.

TCM also stresses dispersing the phlegm and dampness that keep acting throughout the whole body during the course of cancer. Patients who have massive lumps, experience vomiting, nausea, swelling, or chest distention are all given herbs like Pinellia tuber, Mongolian snake gourd, and Bile arisaema to manage their discomfort.

In some instances, the symptoms exhibited by cancer patients might be the result of several pathological toxins that can be difficult to remove from the body through the usual methods. As such, the TCM physician might recommend detoxification with toxic substances like toad venom, centipedes, blister beetle, and so on.

In traditional Chinese medicine, toxic heat is considered a major contributor to the progression of cancer, specifically in patients who are in the middle and late stages of the disease. Toxic heat can result in localized pain, yellowish urine, swelling lumps, foul discharges, and constipation. Herbs with a cooling effect are usually used to counter such reactions.