Viktor Schauberger: The Man Who Taught Us Water Is Alive 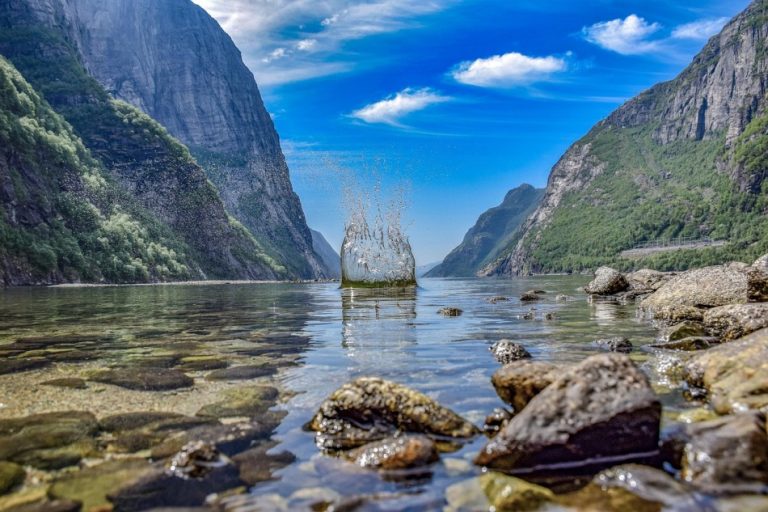 Before Dr. Masuru Emoto proposed that human consciousness has an effect on the molecular structure of water, Austrian naturalist Viktor Schauberger (1885-1958) said something far more fascinating. He theorized that water is alive.

“Were water actually what hydrologists deem it to be — a chemically inert substance — then a long time ago there would already have been no water and no life on this Earth. I regard water as the blood of the Earth. Its internal process, while not identical to that of our blood, is nonetheless very similar. It is this process that gives water its movement,” Viktor Schauberger once stated (Whole Life Times).

As a young man, Viktor Schauberger would sit by a rushing stream and observe its movements with great interest. It was these observations that eventually convinced him that the mechanical view of water was false. He realized that water, like any other living organism, has memory and responds to its surroundings.

Viktor Schauberger made this clear when he explained water’s natural ability to move upwards in a healthy forest ecosystem. He made this conclusion after studying a stone-covered spring with a roof overhead. When Viktor Schauberger took away the stones and the spring got exposed to sunlight, the spring water slowly disappeared. However, when he put back the stones, the spring water magically reappeared. It was as if the water had a memory of the stones and responded to their presence by “seeking” them out through an upward movement from deep beneath the earth.

Through his research of water streams, Viktor Schauberger posited that water twisted and pulsated in very specific ways when it was “healthy.” This allows it to maintain purity and function as an energy channel, while also transporting waste and nutrients for all organisms. He was of the opinion that Earth’s water ecosystems have been deteriorating since World War I and warned that humankind will eventually bring itself to the brink of collapse due to our inability to understand how all life on Earth is interconnected and interdependent.

“Schauberger’s vision is entirely holistic, a term and a worldview that is often misunderstood within the mainstream of our culture. His vision was of life as a great drama, with all organisms playing a part. Every cell and water molecule sounds a note that collectively becomes the music of life, sometimes discordant, but generally developing a harmonious and increasingly complex orchestral creation. We may have to go through a level of breakdown in our culture before we can really appreciate Viktor’s extraordinary prescience and guidance,” according to Schauberger.co.uk.

Often mocked for his theory that water is an actual living organism, various scientific studies over the past few years are now lending credence to Viktor Schauberger’s ideas.

Scientists from the Aerospace Institute of the University of Stuttgart in Germany conducted a study in which a group of students was asked to collect a single droplet from the same body of water. When researchers observed the collected droplets, they were stunned.

The team decided to conduct a second test in which they put a flower in a body of water. When they examined the droplets collected from the water, they found that every droplet produced the same pattern. But when they placed a different species of flower in the water, the droplets collected showed a completely different pattern. The scientists concluded that water has memory.

When one compares these results to the fact that 70 percent of the human body is literally composed of water, exciting new possibilities emerge. Given that water has the ability to store information, it is possible that every drop of water in our body is potentially a storehouse of memories. Even the tears we shed might contain information about the sad memories that triggered them.