NZ Plane Prevented From Landing in Shanghai After Referencing Taiwan 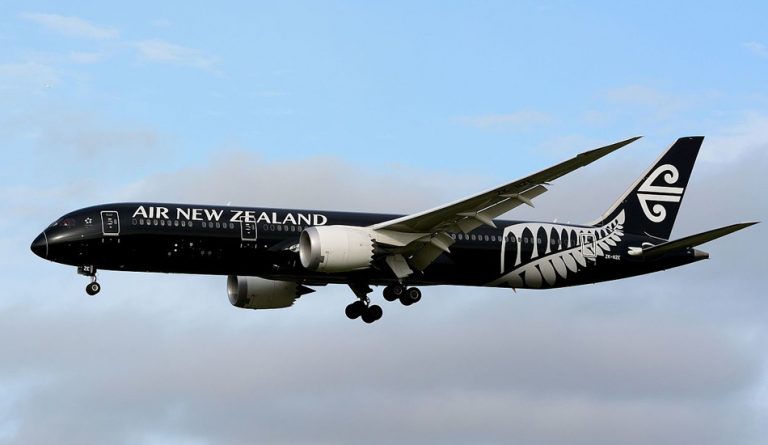 Beijing forced a New Zealand plane to turn back to Auckland while en route to Shanghai since it's paperwork included a reference to Taiwan. (Image: Masakatsu Ukon via wikimedia CC BY-SA 2.0)

China has always attempted to isolate Taiwan internationally and eliminate its identity. In another such brazen attempt, Beijing forced a New Zealand plane to turn back to Auckland while en route to Shanghai since it’s paperwork included a reference to Taiwan. China apparently saw it as acknowledgement of Taiwan being a separate country.

Turning plane around for referring to Taiwan as a country

The New Zealand plane contained a document from the country’s Civil Aviation Authority as part of its application to land in China. Beijing had already issued a notice, asking the airline to remove any references to Taiwan as an independent state in the documents. However, the airline seemed to have not complied with the demand, which ended with China denying them permission to land in Shanghai.

Over the past few years, China has become more aggressive against Taiwan, with President Xi even suggesting that he would use military force if necessary to annex the island nation. In contrast, the Taiwanese government has defiantly maintained that the island is a democracy and the people of Taiwan do not wish to be a part of communist China.

Both China and New Zealand tried to downplay the issue as if it was nothing important. “This airplane failed to obtain a landing permit with its destination and decided on its own accord to return en route,” Hua Chunying, Chinese foreign ministry spokeswoman, said in a statement (Japan Times). Even the Prime Minister of New Zealand, Jacinda Ardern, remarked that the incident was of no consequence. However, many people see this as China giving the cold shoulder to New Zealand.

In November last year, New Zealand’s intelligence agency barred Huawei’s 5G rollout due to security concerns. Beijing was miffed at the incident. This is said to be the reason for China’s increasingly aggressive stand against New Zealand. The opposition is putting pressure on PM Ardern to repair any trust issues between the two nations before they negatively affect trade.

New Zealand was in the process of upgrading its free trade treaty with China. However, current tensions have made the outcome of the negotiations uncertain. China is the biggest trading partner of New Zealand, accounting for nearly a quarter of all its exports. Plus, Chinese visitors form one of the biggest sources of revenue for New Zealand’s tourism industry. This, unfortunately, makes New Zealand dependent on China.

New Zealand recently launched the “Year of Chinese Tourism” campaign, aimed at doubling the number of Chinese tourists by 2024. However, it was left shamed when China did not send even a single government minister to attend the launch of the campaign. Beijing is essentially telling New Zealand to become their puppet to maintain its economy. The question is whether the government of New Zealand will accede to Chinese demands or start developing markets elsewhere.