How Airplanes Could Factor Into US-China Trade Talks 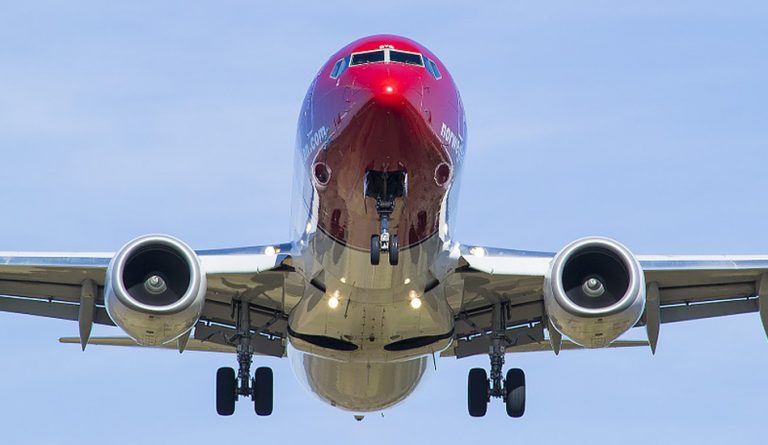 Traveling to China is somewhat risky at present. (Image: via Pixabay)

Trade talks between the U.S. and China are underway in Washington and the world is waiting with bated breath for an announcement signaling an end to the trade war. Experts from the aviation industry feel that airplanes can factor into the negotiations.

An important aspect of these talks has been the U.S. demand that China agree to minimize the trade deficit between both countries. To this end, reports suggest that Beijing has agreed to increase its purchases of U.S. energy and agricultural products. America’s aircraft manufacturing industry offers yet another way for China to plug the gap.

“Certainly airplanes can be part of a solution when it comes to trade… I think the unique part about our business and the commercial airplane assets is that they really enable trade,” Greg Smith, Chief Financial Officer of Boeing, said to Fox Business.

Over the next 20 years, China is estimated to need about 7,700 new airplanes. The total value of such purchases will come to around US$1.2 trillion. Most aircraft will be single-aisle ones like the Boeing 737 model. The U.S. can make China commit to increasing its aircraft purchases from American companies like Boeing. This can contribute to reducing the trade deficit between both nations.

However, the trade talks are rumored to be under strain. “The tone of the negotiations between the two nations has grown more stern… American officials have come to realize that China has been repackaging promised reforms and trying to sell them as concessions to Mr. Trump. This has caused deep frustration among the administration’s China hard-liners, including Mr. Navarro and Mr. Lighthizer, who have been skeptical that China will actually agree to new, substantive commitments,” according to The New York Times.

The U.S. wants China to commit to stabilizing its currency, enforcing strict intellectual property rights, and ending unfair trade practices. Despite acting difficult, Beijing is said to be intent on working out a deal as they are afraid that the Chinese economy will slide down if the trade conflict is not put to an end. President Trump recently stated that he will host President Xi in his Mar-a-Lago estate in Florida next month to finalize a trade agreement.

The U.S.-China trade conflict, even if it were to end peacefully tomorrow, has undeniably created a rupture in global supply strategies. What if both nations end up in another trade war? How will we adjust our operations to align with this uncertainty? These are questions that haunt many businesses.

“So many of the products that U.S. consumers have come to depend on have substantial parts of their supply chain located in China, whether it is iPhones or the active pharmaceutical ingredients that go into drugs. In the current geopolitical environment, that makes many managers in big companies extremely nervous. A sudden imposition of tariffs or new regulations on either side could mean sharply increased costs or fragility in the supply chain. Supply chain managers hate that,” according to Forbes.

Market experts suggest that supply chains aimed at serving the U.S. and other Western markets will move away from China over the next few years. Instead, new supply chains will be established, with countries like Mexico, Vietnam, and the Philippines becoming manufacturing hubs for fulfilling American demand.