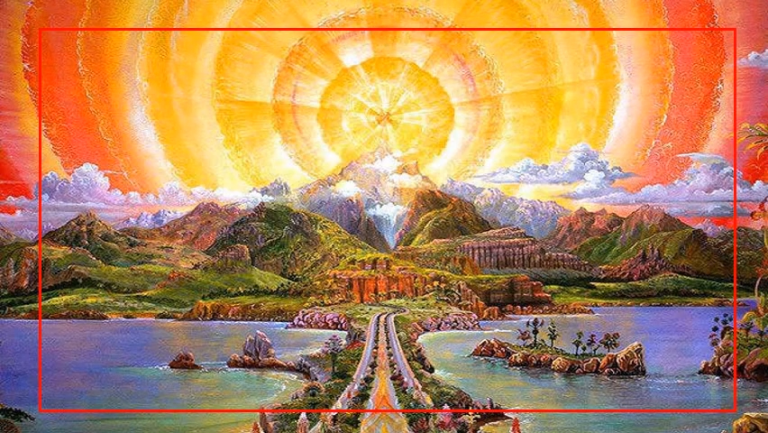 Many mystical religions have a concept of an ideal place on Earth, a region untouched by human greed or vices where spiritually evolved people reside. (Image: Screenshot YouTube)

Many mystical religions have a concept of an ideal place on Earth, a region untouched by human greed or vices where spiritually evolved people reside. In Buddhism, the legendary city of Shambala is one such place. Many believe that the city is located deep beneath the Earth.

Shambala is a Sanskrit word that means a “place of peace” or a “place of silence.” It is mentioned in Buddhist and Hindu texts. In Buddhism, it is specifically mentioned in the Kalachakra Tantra as a unique place that exists within our own planet. “Shambala is a kingdom where humanity’s wisdom is spared from the destructions and corruptions of time and history, ready to save the world in its hour of need,” a commentary of the Kalachakra Tantra states (Collective Evolution).

Traditional Buddhists believe the place to exist somewhere in the Himalayan/Tibetan region. According to Tibetan beliefs, Shambala is guarded by unique beings with immense supernatural powers. Some have reported seeing them. People who search for Shambala are said to either end up discovering the place or perishing in the process. Those who succeed choose to remain there, cut off from the rest of the world.

Shambala, being located inside the Earth, is also supported by the Hollow Earth Theory, which propounds that our planet is largely hollow, containing significant interior space that might contain vegetation and life forms. However, Buddhists are not the only ones obsessed with the idea of Shambala. The Nazis were so smitten by the concept of a spiritual utopia that they sent several teams in search of the legendary place.

“In the Himalayas, a Tibet expedition in 1938 was intended to produce new findings relating to early Germanic history. The Nazis believed in a Nordic master race that was supposed to have survived the demise of the legendary Atlantis. In Tibet — so the theory goes — these people of Nordic origin are supposed to have constructed the underground realm of Shambalah, traces of which the expedition hoped to find,” according to Above Top Secret.

The expeditionary team apparently came across a surprise in Shambala — a group of extraterrestrials. The beings refused to cooperate with the Nazi war efforts. Instead, the extraterrestrials offered to travel to Germany to help people in their spiritual development. This is believed to have led to the establishment of the Vril society, an occult group.

One of Buddhism’s highest figures, the Dalai Lama, believed that only those with a pure mind could visit Shambala. “Although those with special affiliation may actually be able to go there through their karmic connection, nevertheless it is not a physical place that we can actually find. We can only say that it is a pure land, a pure land in the human realm. And unless one has the merit and the actual karmic association, one cannot actually arrive there,” he said in a 1985 speech (Ancient Code).

Shambala is also mentioned in Hindu mythology as the birthplace of the 10th avatar of Lord Vishnu. Named Kalki, the incarnation is prophesied to appear on Earth when evil reaches its peak. The avatar will destroy all wicked people and help the surviving good ones to usher in a new golden age that will last for 10,000 years.