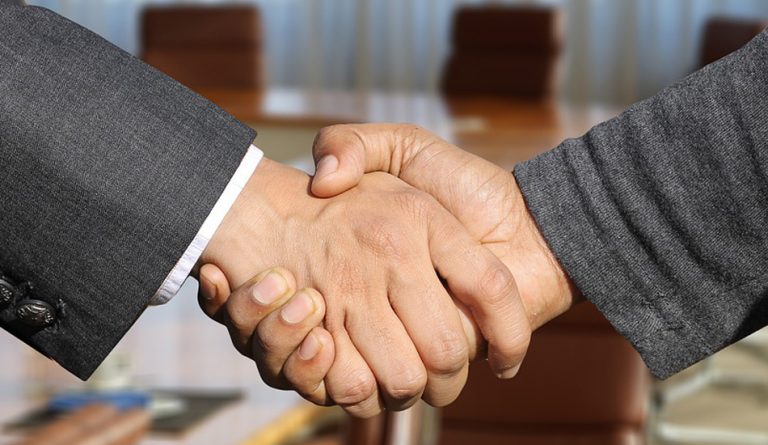 The United States and China are engaged in serious discussions to resolve the long-standing trade conflict between both nations that has rattled global markets for the past several months. In the trade negotiations, the Chinese side is being led by Vice Premier Liu He, while the U.S. team is being led by Trade Representative Robert Lighthizer.

The Trump administration had set March 1, 2019, as the deadline for China to accept U.S. demands for fair trade policies and prevention of IP theft. If China fails to arrive at an agreement, America will increase import duties on about US$200 billion Chinese goods from 10  to 25 percent. Neither side wants the trade conflict to escalate and are hard at work to ensure that some sort of agreement is arrived at before the deadline.

Current negotiations cover topics like cyber theft, forced technology transfers, currency, agriculture, and IP rights. China will have to implement large-scale structural reforms if it agrees to such demands. In return, the Asian nation won’t get any concessions from the U.S. except the removal of excess import duties on Chinese goods. And for China, which is dealing with a slowing economy, this is definitely a good deal. Talks have been stressed since both nations do not want to appear weak by immediately agreeing to each other’s demands.

“It’s not surprising that this week has been more challenging… Once you move from putting together outlines to filling out the details, that is where things would naturally become more challenging,” an anonymous source said to Reuters.

An important talking point of the negotiations has been the reduction of trade imbalance between both countries. The U.S. wants to minimize its trade deficit with China, which reached US$382 billion until December 2018. To this end, a 10-point item list has been prepared that includes China increasing its purchases of U.S. energy and agricultural products.

The Trump administration is also pushing Beijing to agree to keep the Chinese currency stable. America is worried that the Chinese regime might decide to devalue the currency in a bid to maintain a competitive advantage and neutralize the effects of any U.S. import duties. However, market experts feel that China is actually less likely to manipulate their currency.

“The idea of CNY devaluation as a (mercantilist) strategy is not only outdated but is also misguided… Beijing’s struggle at the margin is to prevent an abrupt and excessive slide in the CNY (brought about by U.S.-China trade risks, which in turn could trigger capital outflows and asset market wobbles)… The risk of Beijing engaging in CNY devaluation is overstated, if not imagined, risk,” Vishnu Varathan, Head of Economics and Strategy at Mizuho Bank, said to CNBC.

A stabilizing renminbi might also help the Chinese economy move away from an investment based growth model to a consumption based one. As such, the U.S. might find it easy to get the Chinese side to agree to this specific demand.

“China agreeing to U.S. demands of a stronger [renminbi] exchange rate is not too big a sacrifice to make by its authorities. The opposite may be even true. [Renminbi] strength may support the necessary restructuring of China’s economy,” Hans Redeker at Morgan Stanley said to the Financial Times. The World Bank and the International Monetary Fund have reduced their global economic growth forecasts for 2019 due to the U.S.-China trade war.