11-Year-Old Arrested After Refusing to Recite Pledge of Allegiance 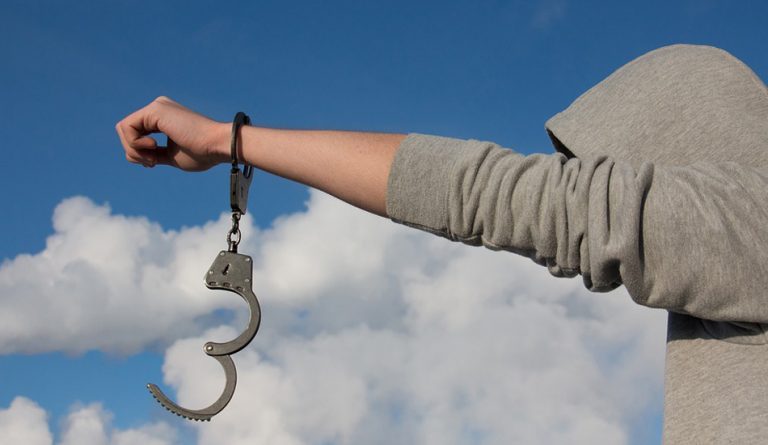 A boy was arrested for not reciting the pledge of allegiance. (Image: maxpixel / CC0 1.0)

In a shocking incident that highlights America’s deepening school crisis, an 11-year-old boy from Florida was arrested after he refused to recite the pledge of allegiance in class. The incident took place at the Lawton Chiles Middle Academy in Polk County.

Arrested for not reciting the Pledge of Allegiance

The boy, an African American student, argued that he would not recite the Pledge of Allegiance since the American flag was racist. When the substitute teacher in the class asked him why he did not go to another place to live if life in America was so bad, the boy replied that “they” bought him here. “Well, you can always go back, because I came here from Cuba, and the day I feel I’m not welcome here anymore, I would find another place to live,” she responded (VOX).

The teacher went on to call the school’s administrative offices since she did not want to continue arguing with the student. A police officer eventually came and arrested the boy. In the affidavit, the boy is said to have been disruptive in the classroom, unwilling to follow commands, calling school staff racist, and even threatened to beat the teacher and get the principal fired. However, the student denied that he ever threatened violence against the teacher.

The boy was suspended from school for three days. “I’m upset, I’m angry, I’m hurt — more so for my son… My son has never been through anything like this. I feel like this should’ve been handled differently,” the boy’s mother said in a statement (The New York Times).

Polk County Public Schools said that its student body code of conduct allowed students to not recite the pledge if they already had an authorization letter from parents. The substitute teacher apparently did not know about the rule and directly confronted the boy when he abstained from participating in the pledge.

As the news spread around, many people were aghast that an 11-year-old child was arrested. “This is outrageous. Students do not lose their First Amendment rights when they enter the schoolhouse gates. This is a prime example of the over-policing of Black students in school,” the American Civil Liberties Union of Florida said in a tweet. The boy was arrested under the controversial “school-to-prison” pipeline program that has often been criticized for being too harsh on students.

The school-to-prison pipeline is the process through which students identified as “troublesome” are pushed out of schools into prisons. It is maintained by two key policies.

The first is the zero-tolerance policy that mandates harsh punishments to students and the second is the presence of police officers on campus in the form of School Resource Officers (SROs). The policies were implemented after a series of school shootings in the 1990s raised concerns about safety in schools.

“Having a zero tolerance policy means that a school has zero tolerance for any kind of misbehavior or violation of school rules, no matter how minor, unintentional, or subjectively defined it may be. In a school with a zero-tolerance policy, suspensions and expulsions are normal and common ways of dealing with student misbehavior,” according to ThoughtCo. Blacks and Latinos are estimated to comprise 70 percent of the students referred to law enforcement for school-related arrests.