AI Wife: The Ultimate Tool to Run Your Household 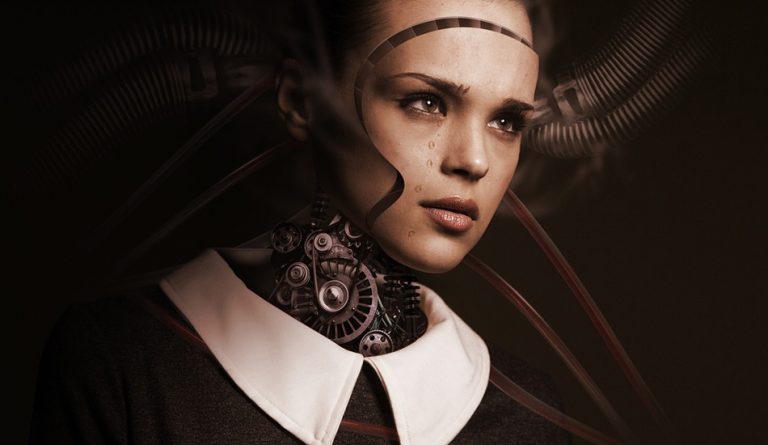 China’s artificial intelligence industry has reportedly created a robot wife thanks to support from the Chinese Community Party (CCP). (Image: 0fjd125gk87 via Pixabay)

China’s artificial intelligence industry has reportedly created a robot wife thanks to support from the Chinese Community Party (CCP). While some say that the AI wife might provide much-needed companionship to the excess male population of the country, there are those who see the development as a moral decline in Chinese society.

The robot wife is said to have five unique features. These include an exquisite appearance, skin that looks life-like, body temperature consistent with normal human beings, the ability to help with housework, and the ability to hold intelligent conversations. The AI wife will cost around US$3,000 and can be customized as per the needs of the buyer.

The robot is currently in development, with researchers adding new features. In the future, it is hoped that the machine will not only be a tool to fulfill the physiological needs of the buyer but also provide true companionship. Some Chinese scholars are of the view that the AI wife will help in solving the problem of single, unmarried males in the country.

Since China followed a one-child policy for several decades, most couples had chosen to give birth to male children while aborting females. This created an imbalance in the male-female ratio in China, with the country having a surplus of millions of men. Plus, the fact that many modern women choose to live unmarried seems to exacerbate the issue. The AI wife is seen as a way out of the problem.

Many are concerned about the AI wife project and argue that replacing human-human relationships with human-machine relationships will only cause the degeneration of Chinese society. Some netizens have termed the robot as a “beautiful zombie.”

Moral complications arising from the machine will have some serious consequences. If the CCP were to mass manufacture AI wives and men were to buy them in large numbers, what would happen to real women and more importantly, the perception of women? There is a risk that the use of the robot might make men see women only as objects that are replaceable.

Religious adherents also abhor the idea of a robot being given the same status as a human female. They perceive the technology as a violation of the natural order. Some warn that the CCP must abandon its mindless pursuit of gaining technological dominance at the cost of human morality.

“Any scientific invention that violates the moral base of human beings is tantamount to bringing catastrophic destruction to humans,” Li Yuanhua, an associate professor at the School of Education and Science at Capital Normal University, said to The Epoch Times.

There are also those who are wary of the robot since it is being supported by the CCP. Given that the Chinese regime has always sought to gain absolute control over people’s lives, this is not surprising. After all, installing such robots in homes would allow the CCP to monitor people 24×7. If the robot is equipped with any defense or attack mechanisms, it might also help the Chinese regime keep people under control when required, turning China into a nightmarish techno-prison.