British Politicians Realize Confucius Institutes Have Nothing to Do With Confucius 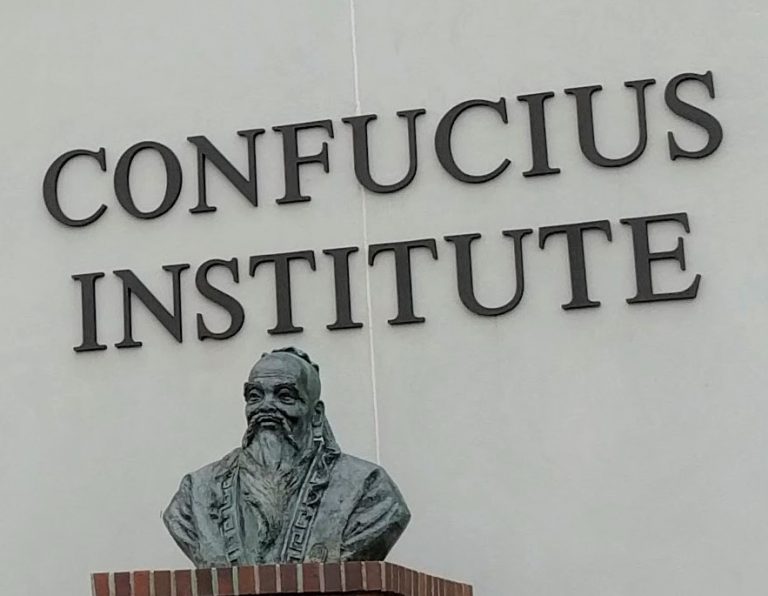 CIs are public educational and cultural promotion programs funded and arranged currently by the Chinese International Education Foundation and formerly by Hanban, an organization affiliated with the CCP. (Image: Kreeder13 via Wikipedia)

The threat of Confucius Institutes in America is something that U.S. lawmakers have been drawing attention to for some time. Now, politicians from the UK are also highlighting the dangers posed by such Chinese Communist Party (CCP)-funded institutions in Britain.

Confucius Institutes fall under scrutiny in the UK

Between 2006 and 2016, the Chinese regime is believed to have spent about US$2.17 billion maintaining the institutes. There have been numerous reports that China is using the institutes to promote its communist ideology across the world. This is seen as a threat to a democratic, free society like the UK.

“We welcome and encourage language teaching and cultural exchange, but we believe a review is necessary to assess whether Confucius Institutes represent a threat to academic freedom, freedom of expression, other basic rights and indeed national security.

We also believe it is right to have an assessment to ensure that the curriculum taught in Confucius Institutes is balanced, independent, holistic, and comprehensive,” Fiona Bruce MP, Chair of the Conservative Party Human Rights Commission, said in a statement (Conservative Human Rights).

Confucius Institutes have strict rules on who can apply as a teacher. For instance, those who practice Falun Gong are not allowed to teach at the university. This goes blatantly against the secular law of the UK that deems such religious discrimination at places of education as illegal and immoral.

The Confucius Institute also refuses to discuss topics like the 1989 Tiananmen Massacre, suppression of Tibetan and Uyghur minorities, independence of Taiwan, and so on.

The government of New Brunswick, Canada, recently decided to end Confucius Institute programs in school classrooms. This was done after reports that the institute was censoring content that put China in a bad light and was only teaching topics approved by the CCP. Confucius Institutes were introduced in 2008 and were operating in about 28 schools in the province as of 2016.

“Their job is to create a friendly, cheerful face for a government that is responsible for more deaths than nearly any other in the history of our species… And I don’t think in an education system that is supposed to be the vehicle that transmits our values to the next generation, that shows that we’re open to a government that behaves that way is appropriate,” Dominic Cardy, Minister of Education and Early Childhood Development in New Brunswick, said in a statement (The Epoch Times).

A letter has been sent to the Confucius Institute to discontinue their programs. It is expected that they will be shut down by June this year. Cardy received complaints from five students who revealed that certain topics were hushed down at the institute. One student tried to discuss Taiwan’s independent existence and was apparently told to shut up by the professor.

In addition to the UK, Canada, and the U.S., several other democratic countries have also raised concerns about the influence of Confucius Institutes in their educational establishments.

Last June, Rob Stokes, an Australian lawmaker, had argued that the institutes were operating without proper transparency and were being influenced by “inappropriate foreign powers.”

In New Zealand, academic Anne Marie Brady, who wrote about the negative influence of Confucius Institutes in the country, received a letter last year warning that she would be attacked for her opinions.