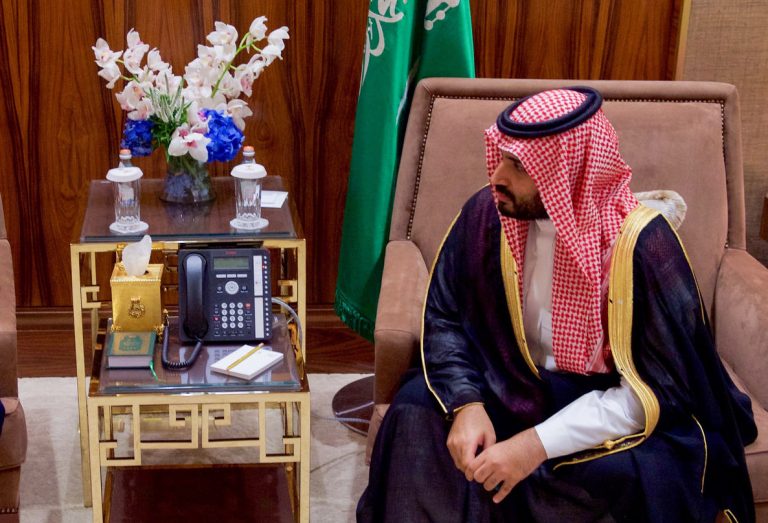 Is Saudi Arabia’s crown prince looking for new allies with his latest tour of Asia?

Saudi Arabia’s Crown Prince Mohammed bin Salman received some very warm welcomings on his most recent trip to Asia, while the West, according to mass media statements, is still shunning him. In Pakistan, the kingdom’s de facto leader was met by a 21-gun salute and fighter jet escort, and gifted a golden submachine gun. In India, Prime Minister Narendra Modi broke protocol by greeting the 33-year-old prince on the tarmac and giving him a giant bear hug. In China, he was able to pose for a photograph with President Xi Jinping, one of the most powerful leaders in the world.

Many who follow the currently very lively stage play geopolitical theatrics are wondering what the so intimate embrace of Saudi Arabia’s crown prince is supposed to tell the world. Could this be a fragmental foreshadowing of the future major players in the silk road initiative planning to open shop in the near future? Or does it have to do more with the Saudi Prince’s hope to nurture alliances in Asia, as the murder of a Saudi dissident and the Saudi-led war in Yemen continue to rattle the kingdom’s relations with the U.S. and European powers?

According to Prince Mohammed bin Salman, who was angered by “Western criticism,” he will seek diplomatic support from Asian powers, including China and India, his senior Saudi government advisors told the media. According to analysts, relations with the Asian countries on his recent trip could reduce his international isolation and allow him to reassert his influence abroad. Each country on the tour offers strategic and investment opportunities for Saudi Arabia.

A change of color

Before the falling-out with the West over the killing by Saudi operatives of journalist Jamal Khashoggi inside the Saudi Consulate in Istanbul in October 2018, which U.S. intelligence assumed was probably ordered by Prince Mohammed, the Saudi Royal toured through the U.S. in March and April 2018 on what some call an “introductory roadshow” in which the Saudi royal spent some time with Trump and dignitaries like Oprah Winfrey and Amazon founder Jeff Bezos.

U.S. lawmakers later held up sanctions against the Saudi-Royals Kingdom, regarding the Saudi-led war in Yemen, whereby they ordered the removal of U.S. armed forces that had been deployed to aid in the conflict.

The strategic purpose of the trip

The tour kicked off in Pakistan on Sunday where hopes are big that the Saudi Prince will leave a few billion dollars to mend the growing economic crisis. Of course, oil will also be a part of the negotiations. Along the way, he may also have a chance to foster an atomic energy deal.

In China, Prince Mohammed is scheduled to meet some of the regime leaders, as the country is also a large customer for oil and gas. As Beijing invests more into its infrastructure and trade to further grow its influence throughout Asia, the Middle East, and Africa, Saudi Arabia remains one of China’s biggest suppliers of crude oil behind Russia, according to Worldstpexports.

India imports 20 percent of its oil from the kingdom and has already sent 2.7 million expatriates to live and work in Saudi Arabia. The Saudi Crown Prince is also scheduled to meet with Prime Minister Mahathir Mohamad in Malaysia to inaugurate a petrochemical refinery and complex built in the southern state of Johor, according to Malaysian officials.  If all goes well for Indonesia, the nation may finally see its push for larger investment ties with Saudi Arabia grow fruit. Though Saudi Arabia has pledged to invest billions of dollars to upgrade and expand the Indonesian refinery, the deals have yet to show any sight of progress.