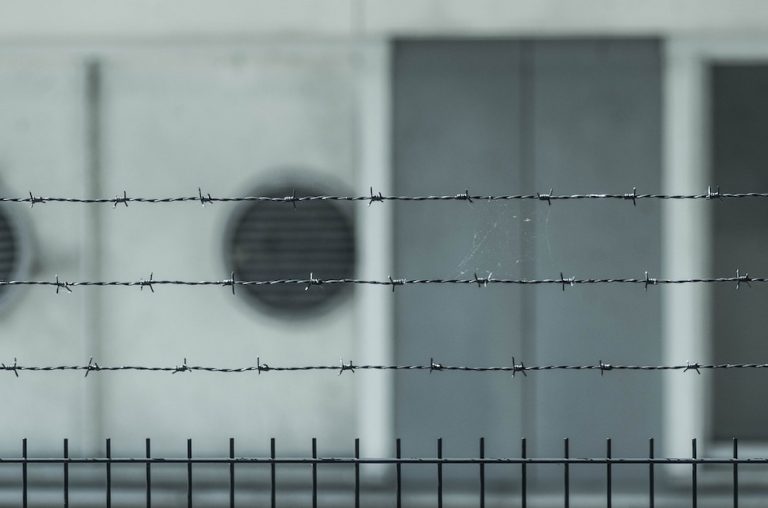 Chinese human rights lawyer Jiang Tianyong was scheduled to be released from prison on March 1, but he has gone missing. (Image: via Pixabay)

A Chinese human rights lawyer released from jail for “subverting state power” has gone missing. His supporters believe he has been disappeared by state security.

Two friends of lawyer Jiang Tianyong went to collect him from a prison in Henan Province on March 1; however, they were told by police that someone had already picked him up and offered no further details, reported the BBC.

Speaking to RFA, Jiang’s U.S.-based wife said that family members in China were informed by police that they had plans for Jiang.

Amnesty Intentional has said that Jiang’s sister and father are now also missing.

His wife Jin Bianling — who fled to the U.S. — said she is very worried about his welfare.

“We don’t know how Jiang Tianyong is, or who took him away, or where they took him,” Jin told RFA. “[He] has basically disappeared.”

“I fear for his health and safety, as well as the safety of his father and sister,” she said. “I call on the Chinese authorities to make public Jiang Tianyong’s location; he should have his liberty now that his sentence has been served.”

“[They] said that they would be taking him instead to the provincial capital Zhengzhou,where the authorities would find him a place to live & a job…”Jin saidhttps://t.co/QvTSpF394R pic.twitter.com/eQivcksvNy

Jiang was disappeared by the state in November of 2016 and charged with subversion in 2017.

While imprisoned, it is also believed he has been tortured and given unknown drugs.

During this time, his family members have been the targets of official intimidation and harassment, living in near-constant fear, said the lawyers’ group.

“For a time while in prison, Jiang was refused visits from his family. Jiang also reported that he was regularly forced to take medicine, each day two pills. As a result, his memory began to suffer, and physically, he reported struggling with swelling, lethargy, and weakness,” the CHLCG said in an open letter.

“Jiang already suffered from the physical and psychological mistreatment he’d faced in detention in previous years, which exacerbates his current situation. Past experience demonstrates that Jiang, like his former client Gao Zhisheng, risks being subject to ongoing surveillance and potentially house arrest, even after he is formally released.”

We've just learned that Chinese #humanrights lawyer #JiangTianyong has again disappeared. Jiang was instrumental in the release of Sun Yi, the subject of documentary Letter from Masanjia. Like his family, we await his safe return home. #praying #709lawyershttps://t.co/BfWYPqOuzS pic.twitter.com/rxBrFZYkUh

Jiang was known for defending politically sensitive clients, such as fellow lawyers Chen Guangcheng and Gao Zhisheng, and defended the rights of a large number of Falun Gong practitioners and government petitioners, said CHRLCG.

Jiang’s license to practice as a lawyer was withdrawn by the authorities in 2009 after he had provided legal advice to Tibetan monks, said the international lawyers’ group Lawyers for Lawyers.

Chen, who now lives in the U.S, told RFA’s Mandarin Service that Jiang’s treatment resembles his own at the hands of the authorities in Shandong Province.

“When I was released by the [ruling] Chinese Communist Party, I walked out of the small prison, and straight into the big prison,” Chen said. “After they sent me home, they detained me and my family illegally.”

Many human rights lawyers have been disappeared, such as Gao Zhisheng

Chen said many other political prisoners in China have been similarly treated at the end of their jail terms, giving examples such as the cases of Hu Jia, ethnic Mongolian activist Hada, and rights lawyer Gao, who it is believed is being held somewhere by the state.

See this China Uncensored video about why being a Chinese human rights lawyer is a dangerous profession:

Amnesty International (AI) said Wang was originally detained by police on August 3, 2015. He was one of the first lawyers detained in the “709” crackdown.

It was only in July 2018 that a lawyer informed his family that Wang was alive and being held in Tianjin.

Doriane Lau, an AI China Researcher, said that what the state did to Wang is a gross injustice.

“It’s outrageous that Wang Quanzhang is being punished for peacefully standing up for human rights in China,” Lau said.

“In the three years leading up to his sham of a trial, the authorities disappeared Wang Quanzhang into a black hole, where he was likely tortured,” she said.

“Wang’s family, who continue to be harassed by the authorities, didn’t even know if he was alive until recently. His continued imprisonment only prolongs their suffering.”

Watch this DW video about why human rights lawyers in China live in fear: