Indian Man Who Planted 5 Million Trees Is Now at Rest 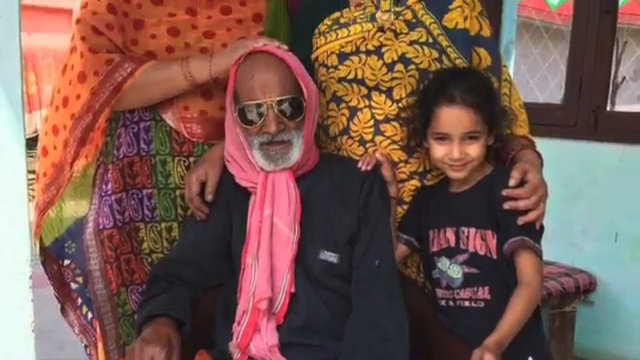 A 96-year-old Indian man, Vishweshwar Dutt Saklani, who had planted more than 5 million trees in his region, died recently, much to the dismay of relatives and environmental activists. Due to his love for trees, Vishweshwar was nicknamed the “Tree Man.”

This Indian man was a lover of trees

Born in 1922 in the Tehri District of Uttarakhand state, Vishweshwar started planting trees when he was only 8 years old. “A decade ago, he lost his eyesight because mud and pebbles went into his eyes while planting trees. But that did not deter him. Even without eyesight, he planted thousands of trees,” Santosh Swaroop Saklani, Vishweshwar’s son, said to Hindustan Times.

When Vishweshwar started planting seeds, local people strongly objected as they believed he was encroaching on their land. However, he was eventually appreciated for increasing the green cover of the village. Vishweshwar single-handedly regenerated an area of nearly 250 acres of barren land by planting guava, rhododendron, and other trees. The area is now a lush green forest.

After his first wife died in 1958, Vishweshwar married for the second time to Bhagwati Devi, a woman who strongly supported his attempt to reforest the region. “Trees were his everything. He used to say, trees are my family, my parents, my friends, and my world,” his wife said in a statement (Scoop Whoop).

Vishweshwar was awarded the Indira Priyadarshini Award in 1986 by the late Prime Minister Rajiv Gandhi. He is also known to have participated in the Indian freedom struggle.

India also seems to be greening up quite well. This trend was highlighted in a study by NASA. By comparing satellite imagery, the space agency confirmed that India and its neighbor China were responsible for the biggest increase in green foliage over the past few years.

“China and India account for one-third of the greening, but contain only 9 percent of the planet’s land area covered in vegetation — a surprising finding, considering the general notion of land degradation in populous countries from overexploitation,” Chi Chen of the Department of Earth and Environment at Boston University, lead researcher, said in a statement  (CNN).

India contributed 6.8 percent of the increase in global green leaf area between 2000 and 2017, with 82 percent coming in from croplands and 4.4 percent from forests. The production of grains, fruits, and vegetables also increased during the period. This has helped the country to feed its billion-plus population without facing any significant food crisis.

“Since the contribution of forests in India’s greening is minor (4 percent), it has not been explored in detail in this study. However, it is important that we find overall greening trend in natural vegetation (forests) in India, unlike some recent studies reporting a browning trend,” Dr. Rajiv Kumar Chaturvedi, a member of the research team, said in a statement (The Weather Channel).

In 2016, the Indian government passed new legislation for increasing the country’s forest cover from 21 to 33 percent. An amount of US$6.2 billion was allocated to the project. The environmental ministry stated that such a move would create 2.5 billion tons of carbon sink.