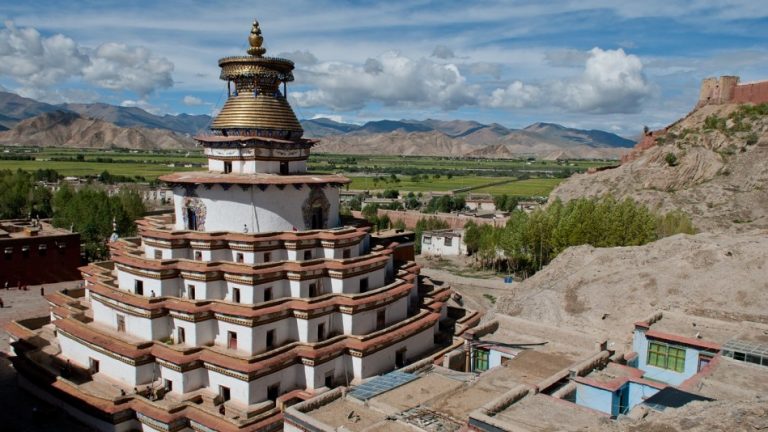 In the 7th century AD, Qizong Nongtsan, also known as Songtsan Gambo, became the successor of the Tubo kingdom. (Image: hbieser via Pixabay)

The CCP is trying to wipe out Tibetan identity. On the back of a commitment made by the Chinese Communist Party (CCP) in 2013, the Standing Committee for the National People’s Congress officially abolished the scandalous Re-education Through Labor (RTL) camps targeted at Tibetan people. However, a new report shows that the country has broken its promise and is in fact building three new RTL prisons aimed at brainwashing Tibetan monks to accept communist ideology and wipe out Tibetan identity.

For decades, the CCP has sent thousands of Tibetan Buddhists, including monks and nuns, to RTL camps. Many were tortured for several years, with some even dying in the process. According to estimates, there were 250,000 detainees in 350 RTL camps throughout China in 2012. The camps, claimed to have been abolished by China, seem to have persisted as shown by new satellite imagery from the Tibet Autonomous Region.

The images show three Tibetan monasteries being converted into Chinese-style RTL prisons. “These are gulags, not ‘vocational centers’ or ‘re-education camps,’ constructed with the sole purpose of indoctrinating Tibetan monks and nuns and laypersons. These are being constructed in remote isolated areas with modern Chinese architectural influence and 5.5 metres thick high walls. The level of security at these places are similar to that of nuclear sites,” Col. Vinayak Bhat, a former member of the Indian Army who discovered the sites, said in a statement (Central Tibetan Administration).

On March 10, 1959, Tibetans staged an uprising against Chinese occupation of the region. The uprising was eventually crushed, forcing the Dalai Lama to seek asylum in India. Given that it is the 60th anniversary of Tibetan Uprising Day, Chinese forces seem to be ramping up efforts to wipe out the spiritual identity of Tibetans.

One of the ways the CCP tries to eradicate Tibetan identity is by brainwashing children. Last year, the Chinese government forcefully made Buddhist monks aged below 15 from Sichuan leave monasteries. Instead, they were transferred to government schools. When the Tibetans protested, the CCP threatened to shut down monasteries and punish the religious teachers.

The parents of the young monks were very unhappy about what the Chinese officials were doing. “These young monks were seen leaving their monastery unwillingly and with tears in their eyes… The scene was very disheartening,” a source from Tibet said to Radio Free Asia.

Tibetan monks and nuns have been mandated to learn the core values of Chinese socialism since last year. On April 26, 2018, United Front Work Department conducted an examination of nearly 100 monks at Gaden Monastery to test their knowledge of Chinese law. The questions covered topics like Marxism and the constitution. A similar examination at Sera Monastery saw 461 monks being subjected to the test.

From March 2018, major religious associations organized massive study campaigns in a bid to “reinforce national identity.” Multiple lectures were organized by the CCP’s professors and law enforcement agencies, explaining the Chinese constitution to the Tibetans.

“These lectures have been followed up with examinations to cement the idea that ‘national laws are above religious rule.’ The scale of the program was referred to by one source as ‘unprecedented since 1949,’ the year of the revolution that brought the CCP to power,” according to Free Tibet.

Almost 25,000 religious staff in Tibet had reportedly taken the examination as of June last year. About 95 percent of them are believed to have passed the test.