Finnish Education Is on Top of the World 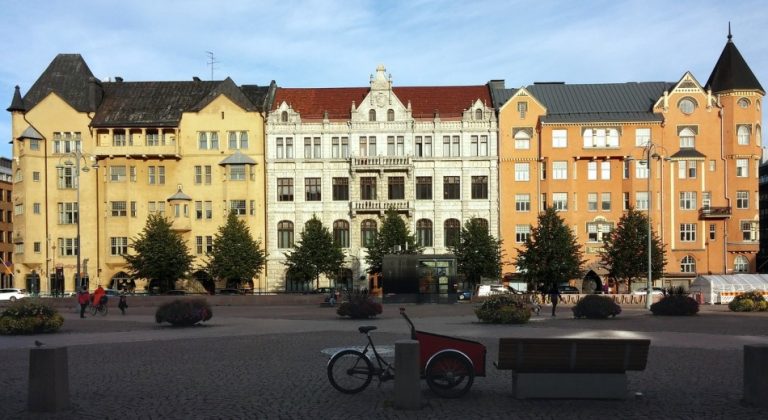 Finland ranks top in the world when it comes to education systems. (Image: via pixabay)

Though the U.S. is the world’s biggest economy, it does not rank at the top when it comes to quality of educational systems. That honor goes to Finland, a Nordic nation which does not follow any banding system in its schools. This essentially means that all pupils, irrespective of abilities, are educated in the same classes. As a consequence, the gap between the strongest and weakest students is said to be the lowest in the world. Here are five ways the Finnish education system is different from the U.S.

American students are overburdened with homework because of a belief that making kids consistently work on subjects even at home will make them better educated. Finnish people do the exact opposite and assign the least amount of homework to kids. In 2014, the Organization for Economic Co-operation and Development conducted a study on 15-year-olds and found that while American students were burdened with 6.1 hours of homework per week, Finnish students only had to do 2.8 hours of homework every week. As a result, kids from Finland get more time to play. In contrast, American children are stuck with textbooks.

Teachers are held in high regard in Finland and carry the status equivalent to university professors. Compared to teachers in the U.S., those from Finland teach for fewer hours. Most of their time is spent on planning lessons. Yet, Finish teachers earn equal to and sometimes even more than their American counterparts. Teachers from the U.S. also work for longer hours, which can stress them out and lower the quality of education received by children.

In the U.S., kids typically start their education at five years of age. But in Finland, children don’t start school until they’re seven. The extra two years give Finnish kids time to develop in their childhood years. Students only have to attend 9 years of compulsory schooling, after which education is optional.

In the 1980s, education in Finland underwent a drastic change. They started focusing on the basics of education, which is to prepare children to live and work in the real world rather than force-feed them with subjects and test continuously. Education is used as a means to stamp out social inequalities. All children are provided with health care and free nutritious meals at school.

After passing high school, American students take on huge amounts of debt just to get a university degree. According to estimates, the average student has a debt of around US$37,000. Many of them are stuck with repaying loans for several years after they graduate. In contrast, university education in Finland is free, even for masters and doctoral programs. As such, students leave college without a mountain of debt and can focus on getting a job that aligns with their interests rather than choosing careers that will enable them to pay off their loans.