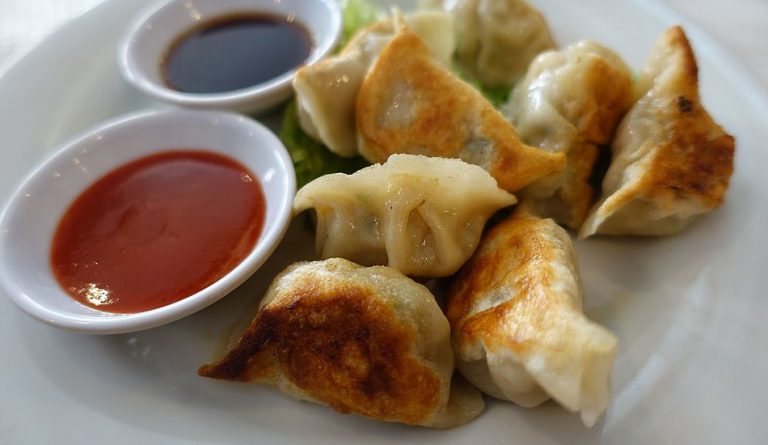 You can boil, steam, or pan-fry dumplings. (Image: via Flicker)

Sanquan Food Co Ltd, one of the leading frozen food brands in China, has recalled several batches of its pork dumplings after reports that some of them were contaminated with African Swine Fever Virus (ASFV).

Sanquan’s decision comes after the Communist Party-run Beijing News said that several dozen samples of processed pork products from Gansu Province had indicated contamination. The products came from 11 different companies, including Sanquan, Synear, and the Kedi Group. A separate report suggested that Sanquan’s products in Hunan Province were also infected with the virus.

Over the past months, several food products have been identified containing the virus, which prompted Beijing to enforce stricter food quality control rules. The slaughterhouses were instructed to check sample batches for ASFV. Despite these measures, dead pigs are said to be entering the food supply chain and missing detection. It was not clear whether the virus was still in a viable form.

Alarmed by negative media coverage, Sanquan made a statement declaring that it has implemented further checks to weed out any infected pork meat. The company said that every batch of its pork products came from quality suppliers. However, assurances did not do much to convince the customers, as many chose to avoid buying Sanquan’s products. The company’s share prices have also taken a hit.

“At over 30 percent of its total offering, frozen dumplings are a mainstay of the firm, which is based in Zhengzhou in eastern Henan Province, and a major source of its revenue source. An earlier virus scandal once stripped supermarket shelves of the firm’s dumplings in Guangzhou and the firm was severely sanctioned,” according to Yicai Global.

Many prominent supermarkets in Beijing are removing frozen dumplings from their shelves.  E-commerce firms like Tmall, JD.com, and Suning have stopped selling Sanquan dumplings. Wu Mart, a leading local supermarket chain, was asked by authorities to get rid of Sanquan dumpling stocks. Fears over food safety are expected to reduce pork consumption this year.

“We are already in the flat demand season… Now that brand products were reported with issues, pork consumption will be further hit,” Yao Guiling, an analyst with consultancy China-America Commodity Data Analytics, said to Reuters.

Last month, Fujian Anjoy Foods Co. Ltd. reported that some of its meatballs might have been infected with the virus. The contamination of Chinese frozen food products is dangerous to East and Southeast Asian regions since buyers often take these items with them when traveling to countries like South Korea, Japan, and Taiwan.

ASFV is known to cause hemorrhagic fever in pigs, with the risk of high mortality rates. However, the virus does not cause any illness in its natural hosts, like ticks, bush pigs, and warthogs.

There is also no scientific proof to suggest that ASFV is capable of infecting humans. But public hysteria about the virus is sufficient enough to damage any sales prospects of meat identified as being infected with ASFV.  The virus is endemic to Africa. But in recent times, ASFV infections have been increasing in other countries.

China first encountered the virus in August 2018 when an outbreak was reported in Liaoning Province. By the end of the month, almost 38,000 pigs were culled. However, it did not stop the spread of ASFV, as several more virus outbreaks were reported in 23 provinces and municipalities by the end of 2018.