Ex-PLA Chief Sentenced to Life Behind Bars for Corruption 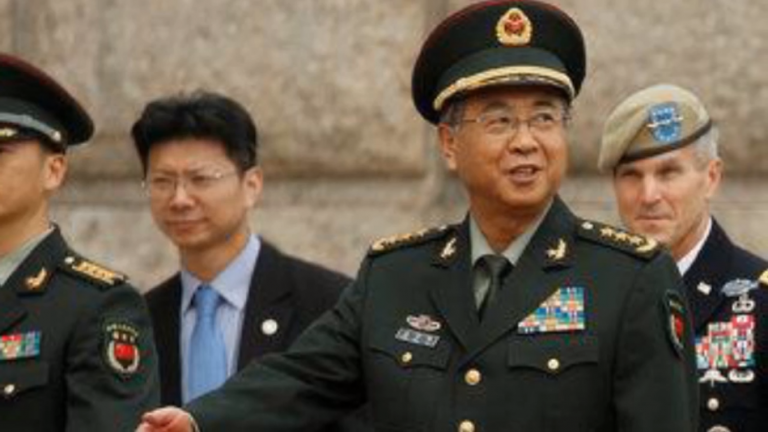 Fang Fenghui was expelled from the Chinese Communist Party, stripped of his military rank, and will spend the rest of his life in jail. (Image: Screenshot )

Fang Fenghui, a former Chief of Joint Staff of the People’s Liberation Army (PLA) has been sentenced to life in prison after he was found guilty of engaging in corruption and amassing wealth that he has not yet been able to account for.

The takedown of Fang mirrors the fate of many other PLA generals, as well as top Chinese Communist Party (CCP) officials who have lost their positions and freedom in President Xi Jinping’s anti-corruption campaign.

In addition to life imprisonment, Fang was also deprived of political rights for the rest of his life. All assets have been confiscated. However, it has not been revealed as to how much Fang owned in unaccounted wealth.

Neither have any details of the bribes accepted and offered by Fang been published. Some speculate that the total value of his assets might be so high that the state does not wish to cause a scandal by releasing the figure. The seized assets will be handed over to the state coffers.

In 2007, Fang became the youngest Regional Commander in the history of the PLA when he was appointed Commander of the Beijing Military Region. He was responsible for the capital’s defense. Three years later in 2010, he became a full general. In 2012, Fang took up the post of the Chief of Joint Staff and joined the Central Military Commission (CMC).

Fang’s troubles began in 2017 when he lost his post without any explanation and disappeared from public view. The Chinese government later stated that he was being investigated for bribery. In January 2018, media reported that Fenghui was transferred to military procuratorial authorities.

In October, he was expelled from the Chinese Communist Party (CCP) and was stripped of his military rank. Everyone realized that Fang’s dream life had come to an end. The 67-year-old will now spend the rest of his life locked up.

In 2012, President Xi Jinping vowed to the public that he would weed out “tigers” and “flies” from government administration, referring to those corrupt high ranking officials and regular bureaucrats respectively. Six years after the declaration, thousands of officials have been brought down. Last year alone, China punished about 621,000 people for corruption. It included at least 51 elite officials at the provincial and ministerial level and higher.

This year, the Chinese government has promised to step up its corruption crackdown in sectors like medical care, education, and environmental protection. The aim is to “let the masses have a greater sense of achievement, greater happiness, and greater security.”

The financial sector will also be investigated for bribery, negligence, and malpractice. The government has indicated that it seeks to participate in international anti-corruption governance so as to arrest offenders who have fled abroad.

Despite the state’s attempts to present a picture of an honest administration, many say that the drive to end corruption is Xi’s smokescreen to remove political threats to his leadership.

The anti-corruption campaign started as Xi moved to purge officials affiliated with former CCP leader Jiang Zemin in the military, Fang was just the latest in a long list of Jiang factionalisms. Earlier generals to have been arrested include the now-deceased political commissar Xu Caihou and the powerful vice chairman of the CCP’s Central Military Commission, Guo Boxiong.

Numerous generals have been arrested as a part of the campaign. In addition to facing charges of corruption, they were also charged with “disloyalty to the Party.” Since 2012, over 100 PLA officers with ranks at or above corps level have been punished by the state.

The staggering levels of corruption tolerated during the Jiang Zemin era, lasting roughly from 1997-2012, provided an ideal pretext for Xi to crack down on resistance within the Party.