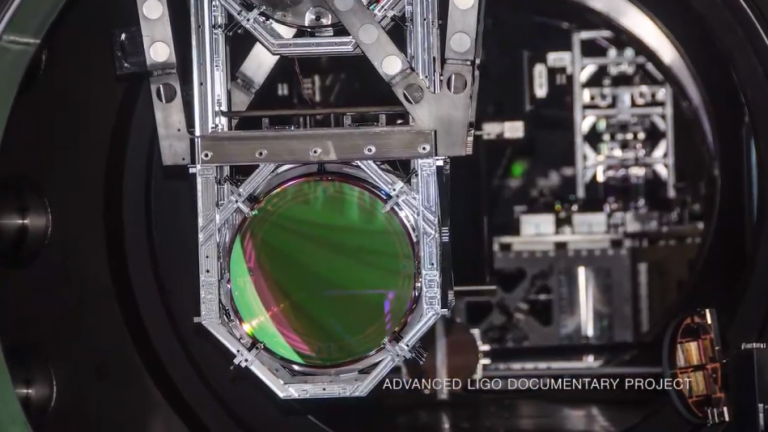 The Laser Interferometer Gravitational-Wave Observatory (LIGO) made history in 2015 when it detected gravitational waves for the first time. (Image: Screenshot via YouTube)

In 2015, the Laser Interferometer Gravitational-Wave Observatory (LIGO) made history when it detected gravitational waves for the first time, something that Albert Einstein had proposed almost a hundred years ago. Now, it is getting a significant upgrade that will improve the instrument’s sensitivity to gravitational waves.

In total, the LIGO project will receive about US$34.5 million in funding. The U.S. National Science Foundation (NSF) will contribute $20.4, million while UK Research and Innovation, together with the Australian Research Council, will contribute US$14.1 million of the funds. The money will be used to upgrade instruments at LIGO facilities located at Livingston, Louisiana, and Hanford, Washington.

“Each LIGO facility works by sending twin laser beams down two 4 km-long tubes — arranged as an L-shape — that are kept under a near-perfect vacuum. The beams are reflected back down the tubes by mirrors precisely positioned at the ends of each arm.  As a gravitational wave passes through the observatory, it causes extremely tiny distortions in the distance traveled by each laser beam,” according to Physics World.

New coatings will be applied to the mirrors that will bring down thermal noise and improve the laser system. The coating will also reduce the waddling of molecules on the mirror surfaces. Plus, the suspension system on which the mirrors are hung will be made much more stable. The upgrade is being dubbed Advanced Ligo Plus. So how will the upgrades improve LIGO?

Detection of more black hole collisions will enable scientists to learn further about them, specifically about their edges, where regular physical laws are known to break down. The upgrade will also allow researchers to observe collisions in ultra-high definition. It might also help to understand the speed at which the universe is expanding.

There are currently three gravitational wave detectors operating in the world — two LIGO facilities in America and a third observatory in Italy, known as the Virgo Interferometer.

While its mirrors and instrumentation are in a suspended state, Virgo’s laser beam runs in a vacuum. The project is a collaboration of six European countries — Italy, France, Poland, the Netherlands, Spain, and Hungary. In addition to these three, two new gravitational detectors are expected to go live over the coming years.

First up is the Kamioka Gravitational Wave Detector (KAGRA) in Japan. A project of the Institute for Cosmic Ray Research (ICRR) of the University of Tokyo, KAGRA will be Asia’s first major gravitational wave observatory. New technology is being used in the project where mirrors are cooled to 20 degrees above absolute zero. Researchers believe that this will provide better results. The detector is expected to be online by the end of this year.

The second gravitational wave detector is LIGO’s third observatory, located in India. It is being built as an identical facility to the U.S. observatories and is projected to be completed by 2025. The Indian facility will be located 300 miles east of the city of Mumbai.