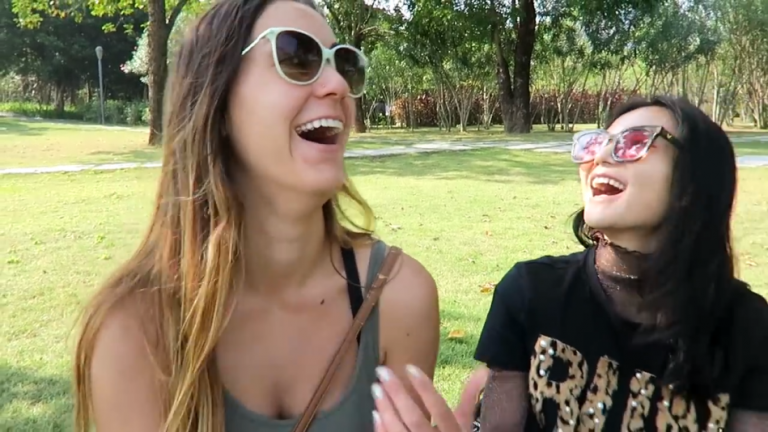 Good friendships get better with age. (Image: Screenshot via YouTube)

As China commands more international attention, it is likely that you might come across Chinese people during your business travels and even befriend some of them. Having a Chinese friend is not quite the same as having a Western one because of cultural differences. Knowing how to deal with your Chinese associate can go a long way in deepening your friendship with them.

Watch out for loners who voraciously consume Western culture and remain isolated from the mainstream Chinese community. Though you might think that engaging with such people is natural because of common interests in Western culture, they can become a headache later on. Such people usually associate with Westerners out of curiosity and fetish. That’s it. They might not actually see you as a friend. Try to associate more with Chinese who have healthy social circles, whether it’s with Westerners or other Chinese.

Once you become a close friend of a Chinese person, you basically become a part of their family. This can come across as weird for people in the West who are more individualistic in nature and have strict personal boundaries. The Chinese will invite you to be part of family gatherings. Denying such requests can make you look crude.

Some Westerners who start interacting with Chinese have an opinion that they are shy. This is a false perception. Chinese people are not shy. They just maintain a strict wall between themselves and strangers. Chinese people are slow to warm up to someone they do not know. But once you establish a relationship with them, you’ll start wondering where the idea of them being shy came from. The Chinese usually disregard certain polite formalities with people whom they consider friends.

For instance, during the initial stages of friendship, you might be accustomed to using “please” when requesting an accomplice to do something for you. In China, making a request of a friend using the phrase “please” is considered awkward. In return, the Chinese will also be open to you and will address you without any show of politeness. Do not take this as a sign of them being rude. Instead, know that they talk to you in this manner since they see you as their friend.

Friendship with a Chinese person usually means participation in some shared hobbies. Maybe your friend likes to go hiking. If so, they’ll definitely call you for the next hiking trip. This is the way Chinese people build friendships. So if you are looking to develop a close relationship with someone, be sure to accept their invitations for any activity. Or better, invite them to participate in a common hobby, say, cycling in the mountains.

China has a strict Internet censorship policy. As a Westerner, this will be difficult for you since major international websites like Facebook, Google, Twitter, and YouTube cannot be accessed. When you ask your Chinese friends about this, you might realize that many of them are okay with the censorship. Do not be shocked by their reactions.

Since the majority of Chinese people have grown up in a heavily censored environment, it is understandable that they see it as a natural government policy. Though the newer generation does seem interested in liberalizing the Internet, it will take some time before anything changes. In the meantime, avoid trying to egg your Chinese friend into using VPNs or other services to view foreign websites since you might get them arrested in the process.