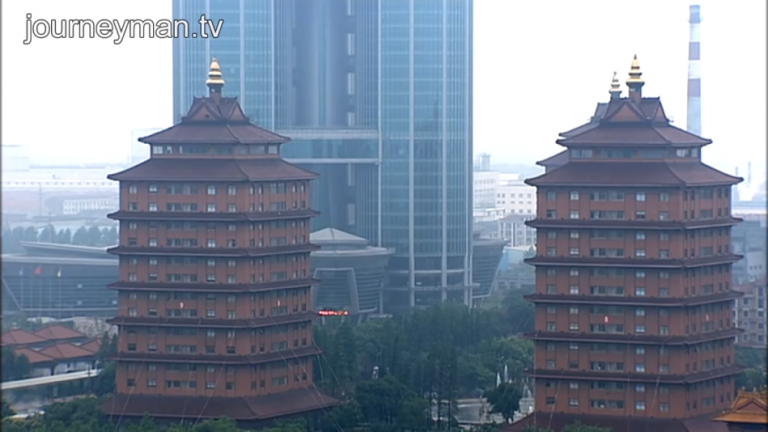 As a consequence of trade tensions with the U.S., at least 161 people lost their ‘billionaire’ status in China last year. (Image: Screenshot / YouTube)

Trade tensions with the U.S. and a slowing economy negatively affected the Chinese stock markets last year. As a consequence, at least 161 people lost the “billionaire” status in China, according to wealth research firm Hurun Report.

Last year, the number of Chinese billionaires stood at 819. But as of January 31, 2019, the figure dropped to 658. Despite the steep drop, China continues to have the largest number of billionaires in the world, with the U.S. in second place. The number of American billionaires was pegged at 584.

The CEO of Tencent, Ma Huateng, was among the biggest losers of the stock market plunge. His fortune fell by 19 percent to US$38 billion as the Chinese government began an intense crackdown on the gaming industry to limit its influence on children. As a result, many of the money-making games of the company brought in lower revenues, thereby depressing share values. Wang Jianlin, owner of the Dalian Wanda Group, saw his net worth fall 37 percent to US$17 billion. Once known as the richest man in China, Wang has been selling off assets in recent years.

There were also billionaires whose fortunes rose last year. Most notable among them was the founder of Alibaba, Jack Ma. His net worth surged by 20 percent to US$39 billion, making him China’s wealthiest person. However, he still is a long way behind the world’s richest man, Jeff Bezos, whose total wealth is estimated to be around US$147 billion.

Zhang Yong, owner of the restaurant chain Haidilao, turned out to be the richest restaurant owner in the world with assets valued at US$8.8 billion. Zhang Yiming, founder of the tech firm ByteDance, also saw his worth surge last year. ByteDance owns the popular social media app TikTok.

Most market experts expect China’s economic slowdown to continue this year. The World Bank revised their estimate of the country’s expected growth rate down from 6.5 percent to 6.2 percent in 2019 due to China’s unresolved trade conflict with the United States. “Looking ahead, China’s key policy challenge is to manage trade-related headwinds while maintaining efforts to limit financial risks… To stimulate the economy, fiscal policy could focus on boosting household consumption rather than public infrastructure,” the bank stated (CNBC).

In a bid to maintain economic growth, the Chinese government has been introducing several tax cuts. According to some reports, the state has announced special tax rebates for businesses who avoid laying off their employees. A slowing economy will also dampen spending on consumption, further complicating the problem. China’s export outlook also looks ominous.

The official Purchasing Manager’s Index (PMI) for February 2019 was recorded at 49.2, the weakest level in about three years. This is the third straight month that the PMI has fallen, signaling weak factory activity in the Asian nation. “Unless the trade war truly turns into an extended truce, the weakening trend may not end quickly… As such, we expect March’s PMI to fall, too,” Iris Pang, an economist at ING, said in a statement (CNBC).

Washington and Beijing are said to be in the final stage of negotiations to end the trade war. The U.S. is expected to lower tariffs on Chinese imports while Beijing agrees to a slew of policy changes, including stronger intellectual property protection laws and a more open economy. President Donald Trump and Xi Jinping could meet on March 27 to finalize the deal.