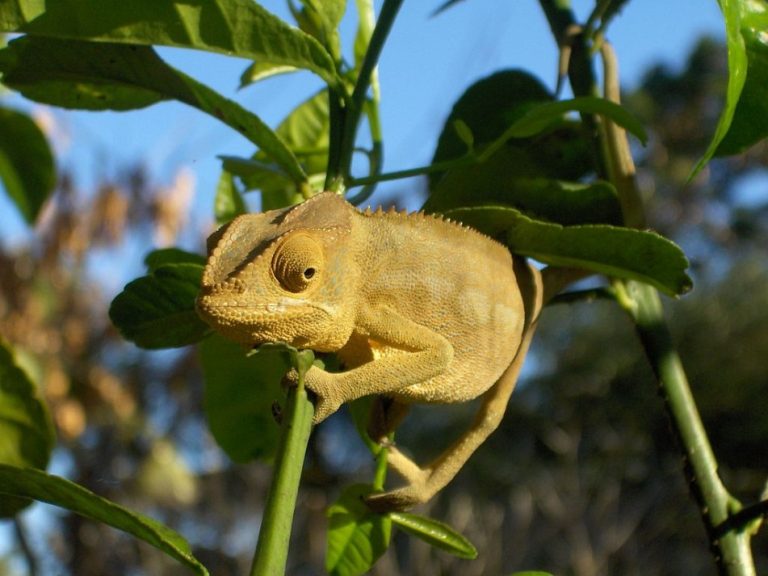 Madagascar law enforcement has arrested two Chinese tourists for attempting to transport live animals out of the country. (Image: via wikimedia)

Madagascar law enforcement has arrested two Chinese tourists for attempting to transport exotic animals live animals out of the country. They were carrying lizards, dragonflies, and centipedes in their luggage, including an endangered species of chameleon.

The two Chinese nationals were traveling with a tourist group that included several families. The tour was sponsored by a private institute in Beijing and its aim was to research the insects on the African island.

While they were returning back to China through the Ivato International Airport in Antananarivo, the man leading the tour was arrested by authorities after they discovered animals in his luggage. In addition, a woman from the group, who carried a child, was also taken into custody by the officials. The remaining 17 members of the group reportedly left for Beijing.

It is unclear as to whether or not the two were charged for any crimes. According to the law of the land, they could be fined up to US$55,000 or be sent to jail for a term of 10 years. Following the arrest, the Chinese embassy in Madagascar issued a travel advisory to its citizens, warning them against carrying animal or plant species when exiting the country.

Chinese media has dubbed the arrest as a shame for the country and stated that those who visit other nations should not only protect their own dignity, but also the dignity of China. Chinese expatriates in Madagascar were angry at the two tourists. Madagascar had received close to 3,000 Chinese tourists in 2017.

“There was a surge in tourism from China during the Lunar New Year holiday this year compared to the last few years… But this incident has brought disgrace on all of the Chinese living here. Observing animals up close and even touching them is one of the selling points of Madagascar – but it doesn’t mean you can do whatever you like with these animals,” Liu Fan, a Chinese tour operator in Madagascar, said in a statement (South China Morning Post).

Madagascar is home to several exotic animals that are in high demand on the international market. According to the United States Agency for International Development (USAID), the animals most threatened by illegal trafficking are lemurs, reptiles, and exotic birds. A study published in 2018 looked at how trafficking affected the population of ploughshare tortoises in the country.

“The ploughshare tortoise population declined > 50 percent during this period, to c. 500 adults and subadults in 2014-2015. Prior to 2006, very few tortoises were seized either in Madagascar or internationally, but confiscations increased sharply from 2010. Since 2015, poaching has intensified, with field reports suggesting that two of the four subpopulations are extinct, leaving an unknown but almost certainly perilously low number of adult tortoises in the wild,” the study states.

Another study on the lemur population discovered that of the 171 hotels in the country, close to 15 percent had captive lemurs on their premises. Some of the hotels even publicly advertised lemurs as a tourist attraction. It is estimated that almost one-third of the entire lemur population on the island is kept as illegal pets.

“More outreach, regulation, and enforcement is needed to ensure the illegal pet trade is curbed… In addition, we need to begin working with the tourism industry in Madagascar to ensure that high-end resorts stop using lemurs as attractions to guests. Tourists need to know that it is not legal to remove lemurs from their native habitats,” Dr. Kim Reuter, co-author of the study, said in a statement (Wiley).

In addition to animals, timber like rosewood, palissandre, and ebony are illegally harvested and exported from Madagascar to foreign markets where they are converted into musical instruments and furniture.