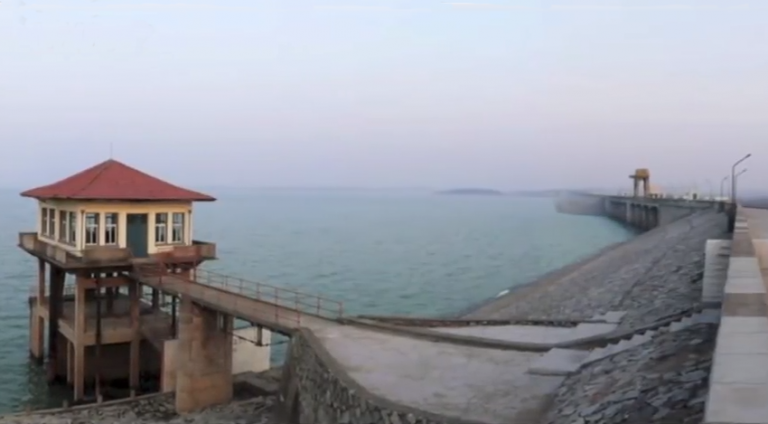 One of the biggest failures of the Chinese communist regime was the Banqiao Dam Collapse in 1975 that resulted in hundreds of thousands of deaths. (Image: Screenshot / YouTube)

The Chinese communist regime often keeps its failures a secret, both from citizens and the international media, since it wants to project an image of a “perfect government” that is incapable of doing any wrong. One of its biggest failures was the Banqiao Dam Collapse in 1975 that occurred as a result of poor construction and shoddy administration.

Construction of the Banqiao Dam started in 1951. It was being built on the River Ru in Henan Province to help manage flooding in the region and also provide electrical power to thousands of homes. Just a year later, construction was certified as being complete. Since detailed hydrology data was not available, the engineers had built the dam in compliance with a lower standard than usual. As a result, cracks started appearing immediately after construction.

Chinese media had dubbed the dam as something capable of surviving a once in a thousand years flood, or about 11.8 inches of rainfall per day. Unfortunately, it did not take a thousand years for the dam to be exposed to such heavy rainfall. On August 5th, 1975, Typhoon Nina hit bringing record amounts of rainfall to the region. Within 24 hours, the area received one year’s worth of rain. It was said to be so devastating that some eyewitnesses reported seeing birds fall from the sky from being pelted by the falling waters.

On the night of August 8, the “unthinkable” happened. The dam burst open and water started flooding out. Water equivalent to almost 300,000 swimming pools was being emptied from the dam, submerging several villages. Excess water also flowed into the dams downstream, causing them to break. By the time the catastrophe ended, about 62 dams had been destroyed.

Thousands were stranded without food or clean water. Diseases started to spread quickly. The total death toll from Banqiao’s collapse, hunger, and disease is estimated to have been around 230,000. It is the biggest structural failure of a dam in human history.

The Chinese Communist Party, wary of protests from citizens, chose to keep details of the Banqiao Dam catastrophe under wraps. Most citizens were largely unaware that such a big disaster had occurred in their country. Several decades later, the Chinese regime decided to disclose the truth.

The CCP portrayed the dam’s collapse as a “natural disaster” even though the administration was responsible. International organizations like Human Rights Watch held the Chinese regime responsible. “The Banqiao and Shimantan dam collapses were to a large extent manmade disasters, resulting from flawed water-control policies,” the organization said in a statement (HRW).

Chen Xing, a hydrologist involved in the project, had warned during the construction phase that the dam might end up being a disaster. The authorities dubbed him as a “right-wing opportunist” and chose to neglect his words. Had the communist government actually heeded his concerns, thousands of people would not have perished.

According to estimates, China has approximately 87,000 reservoirs in the country. Most of them were built in the 1950s and 1970s when construction standards were very low. Since many of these reservoirs have not been maintained properly, they are in disrepair and pose a grave threat to the lives of thousands of people.