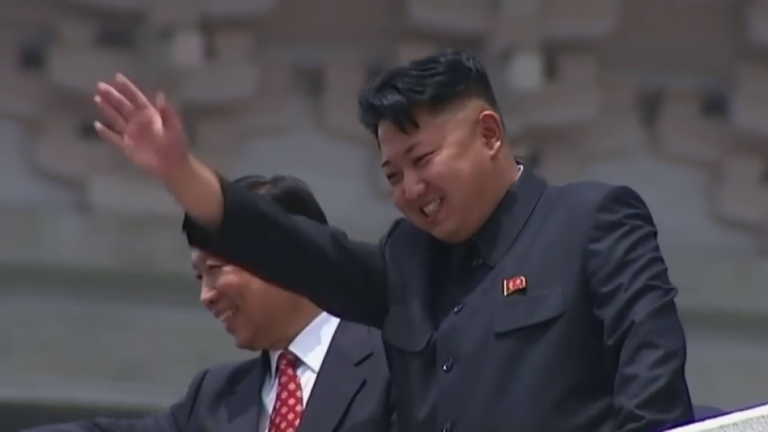 Kim Jong-Un has clamped down further, introducing a sweeping new law against what the regime describes as "reactionary thought". (Image: via YouTube)

Kim Jong-un has purged 421 officials from the North Korean regime since 2010, a report published by a North Korean defector-led NGO based in Seoul said. The killings were ordered in a bid to consolidate Kim Jong-un’s power as the Supreme Leader of the country.

The report, titled Executions and Purges of North Korean Elites: An Investigation into Genocide Based on High-Ranking Officials’ Testimonies, is based on statements of 14 elite North Korean defectors and other officials. It highlights two specific cases of assassination of high-ranking members — Kim’s uncle Jang Song-thaek and half-brother Jong-nam.

Jang Song-thaek was executed in 2013 together with over 15 other people. At the same time, 400 other people were also executed. Even young members associated with Jang whose only task was to deliver documents were not shown any mercy. Kim is believed to have taken the extreme measure after suspecting that Jang had sold North Korean resources to foreign powers at a very low price.

Jong-nam was assassinated at the Kuala Lumpur International Airport in February 2017. This is confirmed by the testimony of a former North Korean spy. At present, two women from Southeast Asia are on trial for Jong-nam’s murder and are facing the death penalty.

Another defector, who was an ex-student of the Pyongyang Commercial College, described that he witnessed the public execution of 12 people. The soldiers apparently used four anti-aircraft guns for the task, aiming all of them at a single victim at the same time. Such executions are typically conducted in North Korea to not only “punish” the victim, but also to desecrate their bodies.

“They need to instill fear into people working for the authoritarian leader, and they need to keep people at bay by making them very fearful that anything they say or do could result in torture, extrajudicial killing, arbitrary detention, and so forth,” Jared Genser, a member of Human Rights in North Korea’s (HRNK) International Advisory Council, said in a statement (Radio Free Asia).

Last year, a 24-year-old North Korean soldier made a daring escape from his country by running through the demilitarized zone. In interviews with several media outlets, he stated that corruption was rampant in the regime. He admitted that though those who shot at him during the escape were his own friends, he does not hold any grudge. “If they don’t shoot, they will be severely punished. If I were in their position, I would have shot me too,” he said in a statement (CNN).

Some North Korean defectors return back to their country due to various reasons. Such people, known as double defectors, only return after making sure that they won’t be punished by the North Korean regime.

In return, they become part of the administration’s propaganda. Of late, the government has restarted lectures across the country, given by these double-defectors, extolling how “great” North Korea is compared to other neighboring nations.

“The lectures are part of the North Korean government’s efforts to halt the steady flow of its citizens over the border into China, from where they attempt to reach a third country — often Thailand — and seek asylum and the assistance of Seoul to settle in South Korea… The use of double-defectors, however, is designed to reinforce the regime’s message that many who flee the North regret their decision,” according to The Telegraph.

Last year, South Korea received more than 1,000 defectors from the North, taking the total tally of North Korean defectors in the country to over 32,300.