China Shuts Down Tibet on the 60th Anniversary of Tibetan Uprising 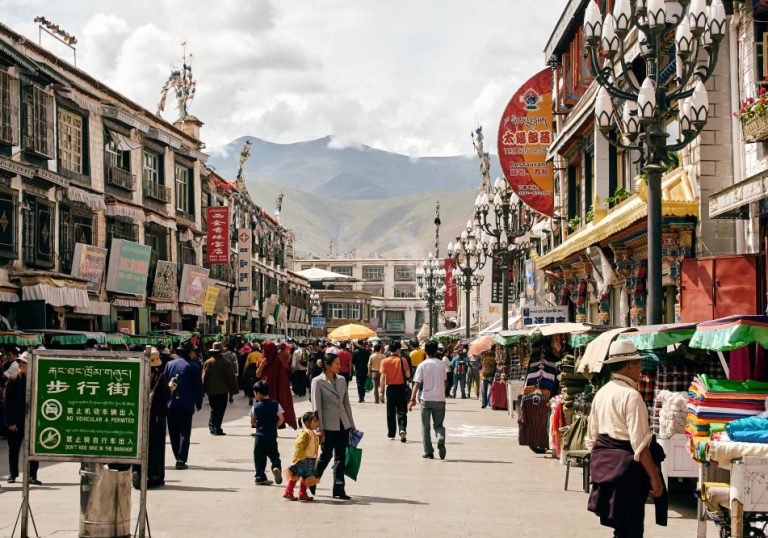 The Chinese Communist Party has for years suppressed the Tibetan nuns and monks in the name of stability and ensuring maintenance of public order. (Image: Pedro Szekely via flickr CC BY-SA 2.0)

On March 10, 1959, Tibetans started revolting against Chinese occupation of the region. Though the uprising was violently crushed by the Chinese Communist Party (CCP), Tibetans across the world hold this day dear to their hearts. Fearing a similar large-scale protest in Tibet since this year is the 60th anniversary of the uprising, the Chinese regime has shut off the region to foreign tourists until April 1.

“This most recent development is part of the overall policy of the Chinese government to restrict access to Tibet for independent observers in order to maintain an iron grip in the region while at the same time avoiding any form of external scrutiny,” International Campaign for Tibet, a Washington-based organization, said to The Japan Times.

A travel ban on Tibet during this time period is a common thing. However, the aura of the 60th anniversary of Tibetan Uprising Day has made the country’s law enforcement and military extra concerned. Several tourist agencies in the region have confirmed the travel ban. Since the region has been completely closed off for foreigners, the only source of what is happening in Tibet right now is CCP-approved news agencies.

Following the 1959 uprising, the Dalai Lama went into exile and has been living in India ever since. China regards the Tibetan Buddhist leader as a “dangerous” separatist. Over the past few years, the CCP has intensified its attempts to eradicate Tibetan culture by forcing its people to learn Mandarin and making its monks study communist literature.

To express their solidarity with Tibetan people living under Chinese control, the Tibetan American community recently organized a march from Philadelphia to New York. A notable participant of the event was Kunga Norbu, the nephew of the 14th Dalai Lama. Protestors called for ending the Chinese occupation of Tibet, the release of all Tibetan political prisoners, and asked for U.S. support for the Tibetan freedom struggle. In addition, they also wanted journalists to investigate human rights violations in the region.

“We picked Philadelphia to start because this is the place where the Americans fought against the British to become an independent state. So, therefore, we consider this place to be very significant for the struggle for independence,” Tashi Ngawang, one of the organizers of the march, said to The Inquirer.

Despite the CCPs attempt to keep itself free from any spiritual inclinations, reports suggest that it has been troubled with Party members indulging in Tibetan Buddhist practices. In the Tibet Autonomous Region, the CCP is propagating a video that seeks to expose members who violate the Party’s strict rules against religious observance. Almost 215 people are said to have been identified as performing religious rites.

The video was telecast as a 4-part series on the Party channel in Tibet to “educate” Party members on the importance of following communist ideology. “In Tibet, taking a firm political stance is the most important thing in abiding by the Party’s political disciplines. We must wage a tit-for-tat battle with the Dalai Lama and his group. If any CPC member has the wrong attitude on this subject, it would be a serious problem,” an unnamed official says in the video (The Economic Times).

Party members who are found to practice any form of religion are usually dubbed “two-faced” and accused of betraying the basic principles of communism.