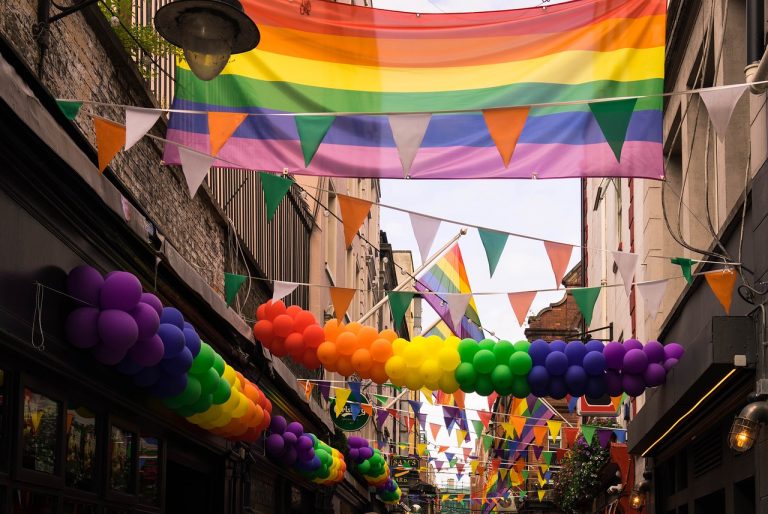 The government of Taiwan has proposed a draft law that would give same-sex couples similar rights and legal protections as heterosexual couples. (Image: via pixabay / CC0 1.0)

The government of Taiwan has proposed a draft law that would legalize same-sex marriage and hold them as legally valid as marriages between a man and woman. If passed, Taiwan will become the first Asian country to legalize marriages between people of the same gender.

Last year, a series of referendums were held on the topic of marriage equality. Taiwanese voters opposed treating same sex-marriages as equal to marriage between a male and female. Instead, they asked that a separate law be enacted for such unions.

The government seems to have taken public opinion into consideration, as the proposed law would give same-sex couples similar rights and legal protections as heterosexual couples. However, marriage will continue to be defined as being between a man and a woman in civil law.

LGBT activists have claimed that the proposed law is discriminatory, as it separates same-sex marriages from male-female marriages. “Controversies are expected about the proposal, but I really hope our homosexual friends can wait a bit longer… This might fall short of expectations, but after all, it’s a start,” Taiwanese Premier Su Tseng-chang said in a statement (The Independent).

In May 2017, the constitutional court ruled that same-sex couples had the right to legally marry. It set May 2019 as the deadline for legislation to be enacted. As such, the parliament is expected to vote on the matter before June.

Groups that oppose Taiwan’s marriage equality are reportedly planning to propose a piece of legislation called “The Enforcement Act of Referendum No. 12” that defines same-sex marriages as non-marital relationships. They are also seeking to limit such relationships to those above 20 years of age. The bill has the support of almost 29 legislators. Meanwhile, religious organizations in Taiwan have strongly condemned the move to legalize same-sex marriages.

“During the review of the Civil Code by the Legislative Yuan, I have clearly stated the attitude of the Catholic Church: The legalization of same-sex marriage and same-sex union is not in line with our teachings. The Chinese Regional Bishops’ Conferences in 2016 and 2017 respectively clearly stated our opposition,” Archbishop John Hung Shan-chuan said in a statement (Catholic News Agency). He added that though the Church sees all people as brothers and sisters, it is unable to change God’s will regarding marriage.

As of June 2018, almost 27 countries had legalized same-sex marriages. The Netherlands was the first country in the world to legally recognize such unions in the year 2000. Soon, countries like Belgium, Canada, Spain, South Africa, Norway, Sweden, etc. followed. In 2015, the U.S. Supreme Court ruled that same-sex couples can marry nationwide.

Several surveys and studies have come up with some interesting statistics regarding same-sex marriages in America. According to the Pew Research Center, only 37 percent of U.S. citizens supported such marriages in 2007. Ten years later in 2017, the figure went up to 62 percent.

The percentage of people opposing same-sex marriages went down from 54 percent to 32 percent during the period. LGBT Americans were found to be more interested in marriage to secure legal rights and benefits as opposed to the general public. In contrast, the general public cited having children as an important reason for getting married.

Surveys conducted by Gallup found that the 2015 court ruling encouraged many same-sex couples to get married. While only 38 percent of the couples had married prior to the legalization, the figure jumped to 61 percent after the court ruling.