Scientists Surprised at Finding a Dead Whale in the Amazon Rainforest 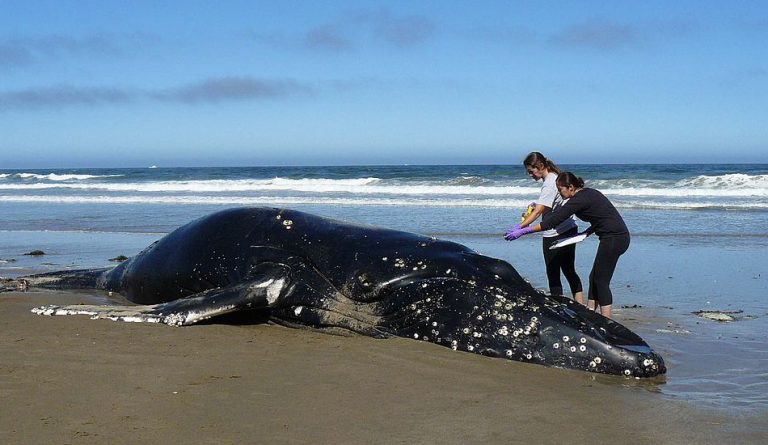 A humpback whale was found dead in the Amazon. (Image: docentjoyce via flickr)

When thinking of whales, you would probably picture these majestic creatures in the oceans, surging up through the open waters and flapping their tails. However, a team of marine biologists was taken aback when they came upon a dead humpback whale carcass right in the middle of the Amazon rainforest.

Whale of a surprise

The corpse was initially discovered by locals on the island of Marajo, which sits on the Amazon River. The tides had washed the body to the mangrove shore at Araruna Beach in the city of Soure. Locals quickly contacted the Bicho D’água Institute, a nonprofit organization that watches over wildlife in the region. The whale was about 50 feet away from the shore and was 26 feet long. Based on its body size, researchers estimated the whale to be a year old.

The creature was probably dead four or five days before the locals found it. “During this season, the tide normally rises twice a day to almost 4 meters (13 feet) and floods the mangrove forest, bringing lots of trash, including trash from ships from a lot of places in the world… This explains why an inflated carcass, due to the gases of the decomposition, was dragged into the mangrove forest,” Maura Sousa, an oceanographer at Bicho D’agua, said in a statement (News 18).

Though they were surprised at finding a whale carcass, researchers stated that such a possibility could not be ruled out since the Amazon is a mighty river. The whale was found at the estuary or mouth of the Amazon River where it collides with the tides of the sea. As such, it is possible that powerful tides might have pushed the whale inland.

Currently, researchers are performing DNA analysis to determine where the humpback whale came from. A necropsy is also being performed at the Federal University of Pará’s pathology laboratory that will give a better idea as to why the whale died. Given that the whale was just a year old, researchers think that it might have been a calf that got separated from its mother and died of starvation.

From endangered to overpopulation

The number of humpback whales in the oceans reached critically low levels a few decades back because of hunting. Conservation efforts by NGOs and strict government regulations have thwarted the species from becoming extinct. Today, their numbers have grown to such an extent that some scientists feel that there is now an overpopulation of humpback whales.

This is most visible in the Australian Southern Ocean. Scientists are now worried that overpopulation will result in a “significant” crash in their numbers as these creatures fight among each other for food. Such an event will be disastrous for tourism in the state of Queensland, which has a thriving whale watching industry.

“The whale watching industry would take a hit not only because there’d be fewer whales at sea, but the whales that were there would be thin, stressed, mums would be struggling to feed the calves… And that then raises the question of whether whale watching vessels should be approaching these animals. They might simply be too sick to put up with the added stress of vessels near them,” Dr. Michael Noad, from the University of Queensland, said to the Daily Mail.