2,000-Year-Old Settlement About to Be Submerged Under Water 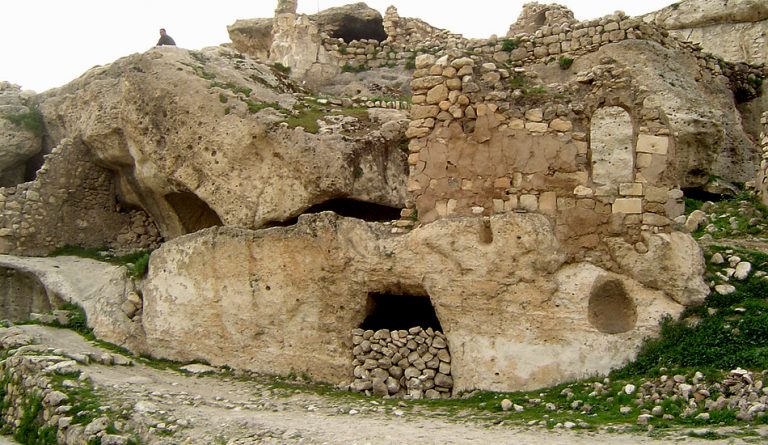 In Turkey, the government is building a dam that threatens to destroy a settlement with a history that goes back to 10,000 BCE. Located on the banks of the Tigris River, Hasankeyf is one of the oldest continually inhabited places in the world and has the imprints of over 20 civilizations.

According to Turkish officials, the Ilisu Dam will boost irrigation and provide electricity to the region. However, this also means that the settlement will completely be submerged underwater once the dam is constructed. When asked about the destruction of the site, authorities responded by saying that the reservoir will create tourism in the region since people will come for scuba dives to visit the submerged monuments.

“People that don’t have a past cannot determine their future… They are not only destroying our past but also our future by taking away this as a source of income and heritage… We would like to apologize to the future generations for allowing this,” Ridvan Ayhan, a member of the Save Hasankeyf Initiative, said in a statement (DW).

Hasankeyf is home to 300 medieval monuments and thousands of man-made caves. The residents are divided on the future of the settlement. While some await the promised economic benefits, others are angry that the history of their ancestors is being treated with disrespect. There are also fears that the dam project will end up damaging the ecosystem of the region.

“The Tigris River basin is one of the last areas where a river runs freely in Turkey without having been dammed… The dam will completely destroy the river banks. The microclimate will change due to the dam, a phenomenon we have already seen after the dams on the Euphrates. The biodiversity will suffer; the rich variety of plant and animal life will be severely diminished,” Ercan Ayboga, an environmental engineer, said to The Guardian.

After the area is flooded, around 15,000 people will lose their homes. They will be shifted to a new city being built on higher ground. It is believed that the creation of the reservoir will restrict movements of the Kurdish rebels. Some people think that this has also been a major influence on the government’s decision to construct the dam.

In a bid to save some of the cultural relics of Hasankeyf, the government has started to transplant some of the monuments. In June last year, the 800-year old Artuklu Hamam bathhouse was transported over a distance of three kilometers. The cost of relocating the bathhouse is estimated at $7.1 million.

“The Ilısu dam will be the biggest of its kind in Turkey and fourth largest for generation of electricity. This is a project that necessitates moving our historic legacy. This is exemplary preservation work. It is our duty to preserve the history here and this sensitive approach prolonged the completion (of the dam). More buildings will be moved and the place where they were moved to will be an open-air museum,” he said in a statement (Daily Sabah).

In December 2018, a 15th-century mosque in the region was also moved out of Hasankeyf. Weighing 4,500 tons, the structure was split into three parts and transported using self-propelled robots. Other artifacts transported from the area include the Zeynel Bey Shrine and İmam Abdullah Zaviye, an Islamic monastery.