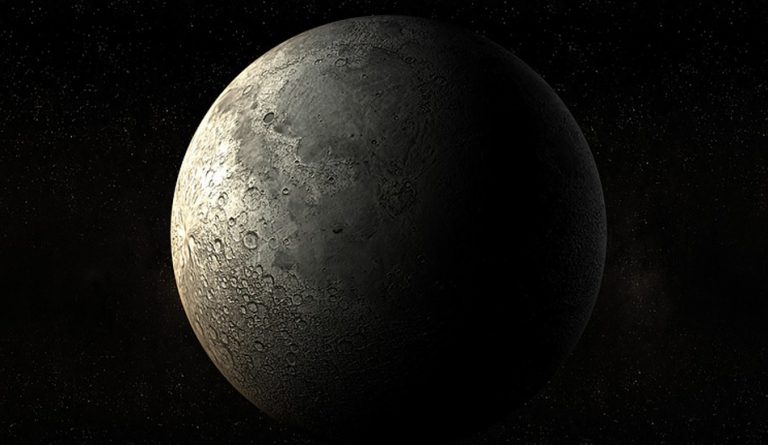 The dark side of the moon is colder than estimated. (Image: via Pixabay)

To be clear, the term “dark side of the Moon” does not mean that a part of the Moon is forever in complete darkness. In fact, it does receive sunlight just like the other side. The reason it is so named is that the “dark” side is the region that is not visible from our planet.

“Earth’s Moon is tidally locked to the planet, meaning that the same side of the Moon faces us at all times. But the Moon is still spinning in order to constantly point one face at us, so it experiences days and nights from the varying sunlight. These periods are about two Earth-weeks long,” according to Live Science.

America’s Apollo missions had earlier revealed that temperatures on the lunar surface can rise up to 260°F (127°C) during the day and drastically fall to minus 280°F (minus 173°C) at night. However, Chang’e 4’s data recorded night temperatures of minus 310°F (minus 190°C), indicating that the dark side of the moon is actually colder at night.

“According to the measurements of Chang’e-4, the temperature of the shallow layer of the lunar soil on the far side of the moon is lower than the data obtained by the U.S. Apollo mission on the near side of the moon… That’s probably due to the difference in lunar soil composition between the two sides of the moon,” Zhang He, executive director of the Chang’e-4 probe project, said in a statement (International Business Times).

This essentially means that the lunar dirt on the dark side is retaining less heat overnight. Since Chang’e 4 is essentially the first probe in this region, more data will be required to confirm the difference in temperature between the two sides of the Moon.

Meanwhile, NASA and the Chinese space agency are reportedly sharing scientific data gathered by their lunar expeditions even though both nations are going through a stressed relationship right now. The agencies are trying to keep politics away from their common goal of furthering science.

China will be sending its Chang’e 5 lunar mission in December this year. It will be the first “sample return mission” of the Chinese space agency. The aim is to bring back a minimum of two kilograms of lunar soil to Earth.

“After finishing its work on the Moon, the ascender will rise from the lunar surface for rendezvous and docking with the orbiter flying around the Moon. Then the returner will fly back to Earth via the Earth-moon transfer orbit, reenter the atmosphere and land at the Siziwang Banner (County) of Inner Mongolia Autonomous Region,” according to the Chinese Academy of Sciences.

The last time any country sent out a “sample return mission” was the Soviet Union with its Luna 24 program that brought back 170.1 grams of lunar samples to Earth in 1976. The Chang’e 5 lander will carry a mineral spectrometer, soil composition analytical instrument, panoramic camera, and ground-penetrating radar.