Get Drunk, but Don’t Act Crazy 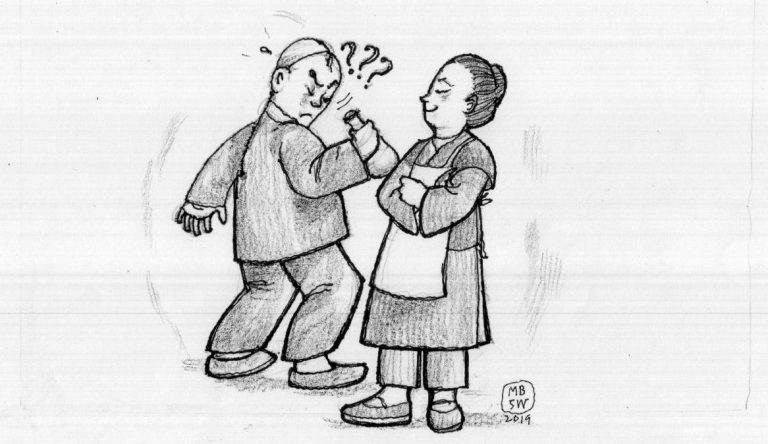 A man argues with his wife for not being able to give him real liquor. (Image: Bernadette Wolf / Nspirement)

There was a man who always acted crazy after having some liquor whether or not he was really drunk.

His wife hated his actions. One day, he asked for a drink at home. His wife gave him water that was soaked with ramie [also known as China grass].

Quickly, he started acting crazy, waving hands and dancing. His wife complained that he could even act crazy from drinking grass soaked in water.

He stopped and laughed. He said: “No wonder. I was just trying to figure out why I couldn’t really get into my crazy act today.”

Mr. Shi commented: “Indeed, barely anyone who gets drunk would fall into water or eat manure. It is so obvious that people are just acting.”

Good Laughs (笑得好) is a collection of short stories edited by the Chinese doctor Cheng-Jin Shi (石成金) of the Qing Dynasty (1636-1912). This collection can be considered as the Chinese version of Aesop’s Fables. Dr. Shi was believed to have lived between the Kangxi and early Qianlong reigns. He also authored many other books on remedies for life and health.