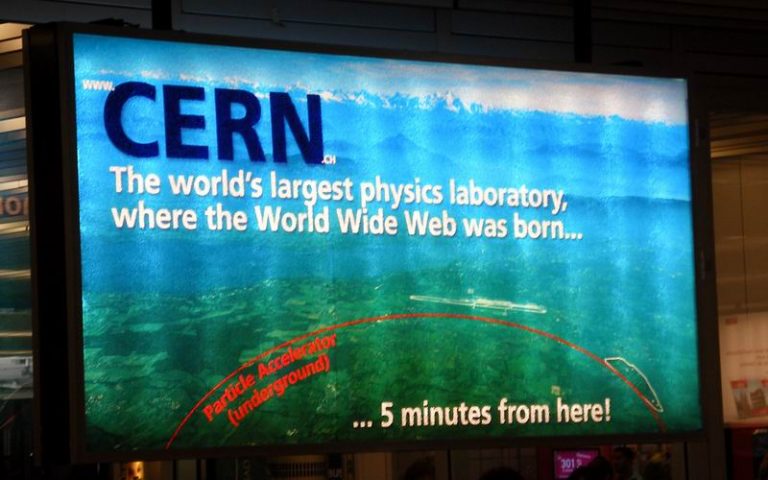 Tim Berners-Lee created the HTTP protocol to help CERN scientists across the world share information and cooperate with one another. (Image: Anders Sandberg via flickr CC BY 2.0 )

When Tim Berners-Lee created the HTTP protocol to help CERN scientists across the world share information and cooperate with one another, he laid the foundations of the Internet we know today. Decades after the invention, the Internet is now an integral part of human society. However, Francois Fluckiger, the man who assumed charge of the web team at CERN once Berners-Lee left for MIT, is unhappy with the current state of the internet to the extent that he calls it a ‘monster’.

“One has to ask oneself if we did not, in the end, create a completely out-of-control monster,” Fluckiger said in a statement (News.Com.Au). He gives solid reasons for his argument. Fluckiger feels that the Internet, which was created to act as a medium of knowledge exchange, is now being used for various nefarious purposes, like online bullying, creating mass hysteria, and spreading fake news. He is also worried about online privacy.

Even the “father of the Internet,” Berners-Lee, has been greatly vocal about the growing misuse of the Internet. In fact, he has launched a “Save the Web” campaign and called for creating a new “Contract for the Web” that would protect user privacy. He pointed to cybercrime, the dark web, personal data theft, and fake news as major threats facing the Internet. “The web has been hijacked by crooks and trolls who have used it to manipulate people all over the world,” he said in a statement (Yahoo News).

Berners-Lee warned that the Internet was being compartmentalized into ideological ghettos through filter bubbles and feedback loops wherein people only engage with those who share similar opinions. He suggested that the trend must be quickly ended by creating discussion platforms that connect people of different opinions.

Dangers of the Internet

The Internet is fraught with many dangers today. Cyberbullying is now a growing problem in the U.S. A few children have even committed suicide because of being bombarded with hate message on social media. The Internet has also given sexual predators an easier way to connect with kids and exploit them. Despite strict laws against such practices, the incidents have not stopped.

Privacy is another major concern. Today, governments and companies can easily track all your online activity and create a psychological profile to understand you better. They might even access the private photos and videos stored in your computer or smartphone. With the emergence of the Internet of Things (IoT), we have given corporations and businesses even more avenues to collect data about our activities.

“Instead of hiding from the devices, we ensure they have the best possible vantage point from which to observe our every move and hear our every word. AI can now unceasingly monitor their microphones and cameras 24/7 or stream them live anywhere in the world. Most importantly, the devices today are operated by private global companies that can do as they please with our data, commercializing it for profit or making it available to governments upon request,” according to Forbes.

Meanwhile, Fluckiger is happy that he took the initiative in 1994 to make CERN retain IP rights of the Internet while making it open source. The organization announced in 1993 that the web software would be put into the public domain. If that had happened, companies might have controlled its development and the Internet would now be private property. Thankfully, the IP rights now rest with a consortium called W3C, set up by Berners-Lee himself, which ensures that the Internet will always remain free.