CCP’s Evil Plans to Merge Islam and Christianity With Communism 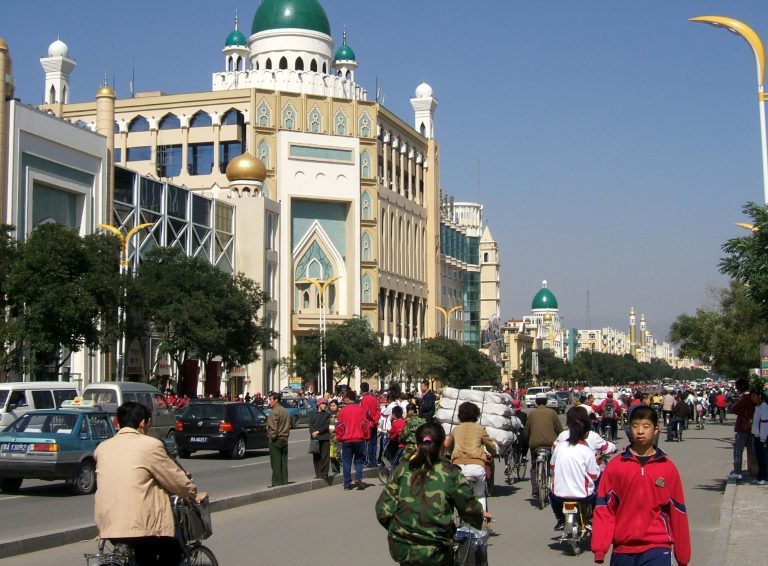 The Chinese Communist Party (CCP) is obsessed with ensuring that only its ideology is held supreme in all of China. Ideas it can’t destroy, the Party co-opts. This is the evil tactic the Chinese regime has adopted for the religions of Islam and Christianity. It is a long-term plan that seeks to “sinicize” the religions by removing some of their core concepts and replacing them with CCP-approved ideas. The religious sinicization program was introduced by President Xi Jinping in 2015.

As per the China Islamic Association, a state-approved organization, the government has set out a 5-year plan to sinicize Islam that will focus on upholding the core values of traditional culture and socialism. One of their prime targets is the 10.5 million-strong Hui Muslim community, mostly located in the northwestern provinces of China and the Zhongyuan region.

“[They] know very well that there’s no point in using the rhetoric of anti-terrorism or separatism to justify it, but it’s still a form of cultural genocide… The cultural genocide of the Hui Muslims is nothing new: It’s been a core government policy… About 60 years ago, they persecuted the Hui scholarly elite, and started a campaign to raise pigs among the Hui,” Sulaiman Gu, an activist, said to Radio Free Asia.

In recent times, authorities have come down hard on Hui people in the southwestern province of Yunnan, conducting raids and forcefully removing the faithful from mosques. The Huis were alleged to be involved in “illegal religious activities.” However, local Huis complained that the crackdown was largely triggered by the local Islamic association compliance with state rules.

Uyghurs are another minority Muslim community who have been heavily persecuted by the CCP. Over the past years, almost a million Uyghur and Kazakh Muslims have been sent to detention camps where they have been subjected to torture and brainwashing to accept communism as the supreme ideology. These communities will also be made to follow a sinicized Islam in the near future.

Beijing’s attempt to sinicize Christianity derives from its contempt for Western thought. It links Christianity with colonization, thereby painting the religion as a danger to China.

“In modern times, Christianity was spread widely to China along with the colonial invasion of Western powers, and was therefore called a ‘foreign religion’… Some believers lack national consciousness, and that’s why we have the saying — ‘one more Christian, one less Chinese,’” Xu Xiaohong, Chairman of the National Committee of the Three-Self Patriotic Movement, said in a statement (Inkstone). The organization is tasked with running state-approved Protestant churches.

The government has released a new translation of the Bible, together with new notations, in an effort to make Christianity more Chinese. Aspects of traditional Chinese culture are also being integrated into the liturgy, clothing of the clergy, sacred music, and church buildings. Congregations not sanctioned by the state are under constant attack by law enforcement.

“The effort to ‘sinicize’ major world religions is not the act of a confident and secure country, growing and taking its place on the world stage as a serious player. It is the act of a weak country, paranoid and desperate, struggling to keep things together a little while longer,” according to Bitter Winter.

By sinicizing Islam and Christianity, the CCP is essentially destroying both religions in spirit. Only by name will these religions still exist in China. Their ideology will be fully communist.