Where the Super Rich Plan to Spend Time During an Apocalypse 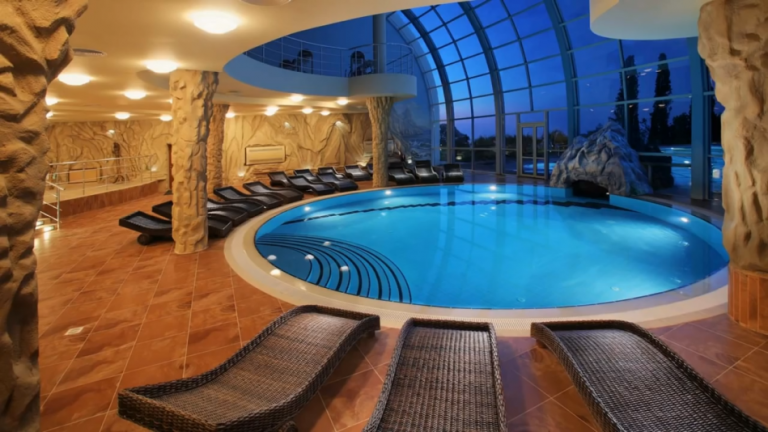 Many of the world's super-rich have invested in ‘apocalypse properties’ that promise to help them weather out a cataclysm in luxury. (Image: ScreenshotYouTube)

When picturing an apocalypse, most people imagine a completely devastated world filled with terrors where “survival of the fittest” is the only rule and life as we know it ceases to exist. However, the super-rich have a different view of the apocalypse. Many of them have already invested in “apocalypse properties” that promise to help them weather out the cataclysm in luxury until the world returns to normalcy.

The Survival Condo is located inside a missile silo that was built to store nuclear weapons by the U.S. government. Though the exact spot of the Survival Condo is a closely guarded secret, it is known to be located somewhere north of Wichita, Kansas. The condo is the brainchild of Larry Hall, who used to work for government contractors. In fact, it was this line of work that exposed him to the availability of the silo. Seeing an opportunity, Hall bought it for US$300,000 in 2008.

Over the next few years, Hall spent close to US$20 million on it leading to the vacant chamber being transformed into a structure divided into 15 floors, with 12 of the floors redesigned as apartments for housing families. The three extra floors have common areas. Each apartment comes with three bedrooms, a kitchen, a dining room, two bathrooms, and a guest room. They come with all modern household equipment like dryers, dishwashers, modern communication systems, and so on.

There is space to grow food as well. Fish tanks for raising Tilapia have been set up. Food supply for up to five years per person is included in the shelter. A single floor was priced at US$3 million. And even before the construction ended in 2012, all units were sold off. “Our clients are sold on the unique advantage of having a luxury second home that also happens to be a nuclear-hardened bunker… This aspect allows our clients to invest in an appreciating asset as opposed to an expense,” Hall said to CNN.

Deep inside the Czech mountainside, a huge 77,500 square foot underground shelter has been prepared. Called the Oppidum, it has been designed for just a single owner and is labeled as the largest billionaire bunker in the world. The shelter is located at a secret rural area somewhere in Prague.

“The bunker will be able to provide long-term accommodation for residents — up to 10 years if necessary — without the need for external supplies… This would involve large-scale stocks of non-perishable food and water, along with water purification equipment, medical supplies, surgical facilities, and communication networks with the outside world,” a spokesman said to Daily Mail.

It has all the latest security features, including iris recognition and fingerprint technology. The shelter has a cinema room, Jacuzzi, game room, swimming pool, a bar, and a gym. The structure also has an underground garden.

While underground bunkers on the mainland are a good enough idea to survive an apocalypse, they have one disadvantage — the shelters are located in the midst of a large number of people. As such, if the public were to find out the location of the shelter during a catastrophe, you can bet that some would seek it out, maybe even leading to a violent confrontation if they were able to breach the entrance.

This is why several billionaires are buying up remote islands in the middle of the world’s oceans. Many of these islands are uninhabited and would make the perfect getaway during an apocalypse. One could lock themselves up in their luxury bunker on a private island and be cut off from all people and their problems, thereby ensuring absolute security.

Co-founder of the Oracle Corporation, Larry Ellison, has bought almost 98 percent of the Hawaiian island of Lanai, which is the sixth largest island in the region. Larry also owns the island’s airline, ensuring that he has complete control over who comes in and goes out in the event of an apocalypse.