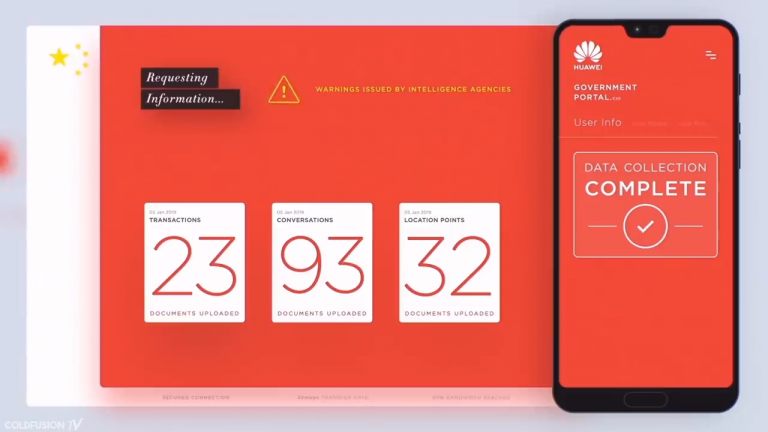 The Chinese Communist Party (CCP) has been using an online surveillance program to track private messages of users on apps like WeChat and QQ. (Image: Nspirement)

The Chinese Communist Party (CCP) has been using an online surveillance program to track private messages of users on apps like WeChat and QQ, a data leak shows. The leak was discovered by Victor Gevers, a security researcher who works for the non-profit GDI foundation that campaigns for a free Internet.

Gevers came across the discovery when he found that a database of 364 million records of Chinese citizens was left unsecured. He called the Chinese Internet service provider and notified them of the security flaw. A few hours later, the database was secured. However, Gevers uncovered a lot of details about the CCP’s activities during this time.

The records contained personal information about Chinese citizens, including photos, the device being used, ID numbers, addresses, and GPS location data. The main database also shared the information with 17 other remote servers, which Gevers believes are police stations in various cities. Most of the data pertained to daily chat messages of citizens. The Chinese regime might have been tracking the chats to identify people engaged in discussing politically sensitive topics.

“There is no evidence that law enforcement is doing something active with this spoonfed data. But the infrastructure and well-planned data distribution are there… There were chats from teenagers. Direct messages that were supposed to be private… I threw a few into Google Translate and shared those to Twitter. But we stopped there — I don’t think Chinese people will appreciate it if we start digging more into their conversations,” Gevers said to The Verge.

Many of the addresses in the database were those of Internet cafés, proving that users who visit these cafés were definitely having their personal information accessed by the government. In fact, reports suggest that the state forces cafés to install software that tracks user activity. Interestingly, both WeChat and QQ are operated by Tencent, the company that has recently invested in Reddit amidst a huge backlash from users who saw it as an extension of Chinese surveillance in the West.

“Tencent has allowed this surveillance programme free reign to collect whatever data it wants from the millions of Chinese Internet users who use WeChat and QQ every day. Unsurprisingly, Tencent has refused to comment on the revelation so far, but there is plenty of prior evidence that it has been monitoring its using and logging activity for the Communist regime to access,” according to VPN Compare.

The online program to track chat messages is part of the Chinese regime’s widespread surveillance network that includes millions of cameras, drones, mobile phone apps, GPS trackers, biometrics, and so on. The state uses advanced AI to collect and analyze the data obtained from these sources to identify “threats” to the society.

“[China has] adopted the most pervasive surveillance system in the world, and it not only uses new tech to surveil but to link people to their police record, their social information, their name, and their identity number… It’s the combination of big data, facial recognition, and pervasive surveillance that’s made it the most intrusive thing that anyone has ever seen,” James Andrew Lewis, a technology expert at the Center for Strategic and International Studies (CSIS), said to Bitter Winter.

Beijing is using its surveillance data as the foundation for its Social Credit System, which ranks people on a scale of “good” to “bad.” Some of the punishments meted out to those who rank lower include being denied flight tickets, asked to pay higher interest rates on loans, and stopped from getting the best jobs.