Fate: Blacksmith Agrees to Give 500 Coins to a Scholar 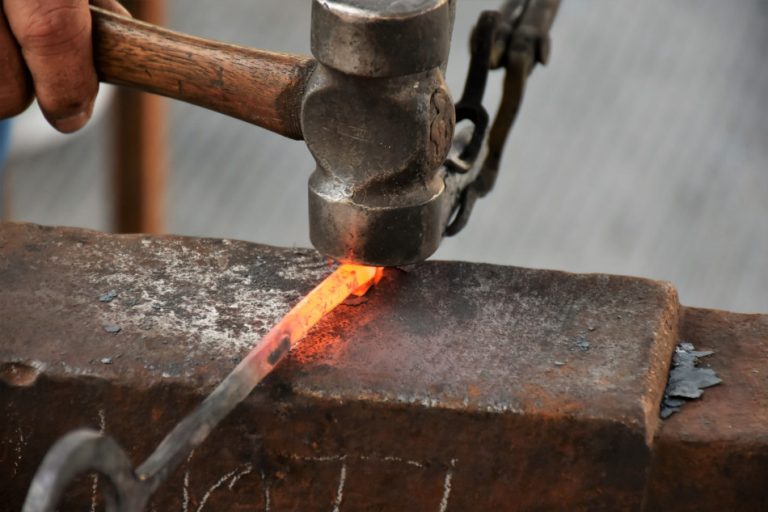 A scholar finds a storeroom filled with money and is told it belongs to a blacksmith. (Image: Baker County Tourism via flickr)

In the last year (A.D. 618) of the Sui Dynasty, a poor scholar from Taiyuan had to teach in order to support his family. He lived close by to a storeroom. One day, he sneaked into the storeroom and saw tens of thousands of coins inside. He could not resist and took some of the coins. All of a sudden, a man with golden armor appeared with a weapon in his hand. He told the scholar: “If you want the money, you can go to Master Weiqui Jingde. All this money belongs to him.”

The scholar set off to track down the whereabouts of Weiqui, but failed.

One day, he heard there was a blacksmith named Weiqui Jingde, so he went to the blacksmith’s shop to look him up. He saw Weiqui without a shirt on, hair disheveled, and pounding iron with a hammer.

The scholar said to Weiqui: “My family is very poor and you are very rich. I need five hundred coins and wonder if you can give them to me?”

Weiqui angrily said: “I am only a blacksmith, how can I be rich? You are insulting me!”

The scholar said: “If you take pity on me, just write me the note. You will know the reason one day.”

When Weiqui saw that the scholar was serious, he had no choice but to let the scholar prepare the note. It was written: “Today, I give ‘so and so’ five hundred coins.” The date, time, and Weiqui’s name were also stated in the note.

The scholar took the note and thanked Weiqui before he left.

Weiqui and his apprentice thought that the scholar was being ridiculous and could not help laughing.

Not long after, Weiqui took up a post assisting Emperor Taizong of the Tang Dynasty. Weiqui made a great contribution and when he retired, the Emperor gave him a lot of money, held in a storeroom.

When Weiqui opened the storeroom and checked the money, he found it was short by 500 coins. When he wanted to punish the caretaker, he discovered a note on the beam of the storeroom. It turned out to be the note that said he had agreed to give the scholar 500 coins when he was a blacksmith.

Weiqui was stunned for a few days by this incredible experience. He quietly sent people to bring the scholar to see him. When he met the scholar, the latter related his encounter with the man with golden armor. Weiqui again rewarded the scholar handsomely and then distributed the money inside the storeroom to all his former friends.