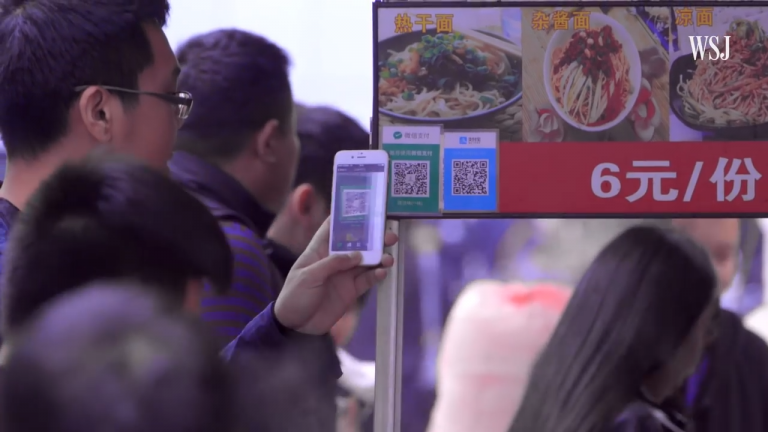 The Chinese seem to have taken quite a liking to the ease of mobile payments. (Image: Screenshot / YouTube)

The Chinese seem to have taken quite a liking to the ease of mobile payments, with Tencent’s WeChat Pay and Ant Financial’s Alipay ranking as the top payment apps in the country. With lots of consumer cash deposits in their accounts, it was inevitable that the payment platforms would eventually be targeted by the state. And as expected, the People’s Bank Of China (PBOC), the central bank of the country, has introduced a new law that makes it the official custodian of all deposits held by third-party payment platforms.

Until now, both Alipay and WeChat Pay held billions of dollars in cash that they used to invest in interest-generating accounts to earn a profit. The PBOC raised concerns that these companies were essentially earning interest on their customer’s funds without giving anything back to them. As such, the PBOC passed a new regulation that requires payment platforms to only put customer funds in non-interest bearing accounts controlled by the bank.

While the reasoning behind the regulation looks good on the surface, the real motive of the law seems to be something else. It is being reported that traditional bankers were displeased that third-party payment platforms had attracted so many cash deposits since that ends up reducing customer deposits in their own banks. The PBOC has apparently decided on the regulation to placate bankers and maintain the power of the traditional banking system.

“With deposit growth lagging loan expansion in 2018, major Chinese banks are clearly under pressure. Neither Ant Financial nor Tencent have the resources of a state-owned company. But they’ve produced better products, focused on consumers, and out-hustled the incumbents. They certainly won’t be able to afford to pay clients 4 percent interest anymore. Despite claims of market neutrality, the PBOC is taking money from the pockets of Chinese consumers and private enterprises to subsidize SOEs [state-owned enterprises],” according to Bloomberg.

The PBOC’s move is also an example of how a communist-controlled government ends up establishing roadblocks to innovation. Both Alipay and WeChat Pay have grown by attracting customers and providing top-notch service. The cash deposits they held were the result of the customer’s trust in them. In contrast, state-owned banks attracted customer deposits mostly because the government guaranteed safety. In effect, the PBOC has punished services that proved popular with customers to allegedly help organizations whose value exists solely due to the state control.

As of 2017, the Chinese mobile payments services market was pegged at US$29.93 trillion. By 2023, this is expected to grow at a Compounded Annual Growth Rate (CAGR) of 21.6 percent to US$96.73 trillion. The number of customers in the market will also surge from 562 million to 956 million within this period. This will end up attracting more investments into the market, taking mobile payments in China to the next level.

Plus, with the number of Chinese citizens traveling to foreign nations increasing, domestic mobile payment solutions like WeChat Pay and Alipay will also expand overseas. Almost 65 percent of Chinese travelers are estimated to have used a mobile payment platform aboard, which is six times higher than tourists from other countries.