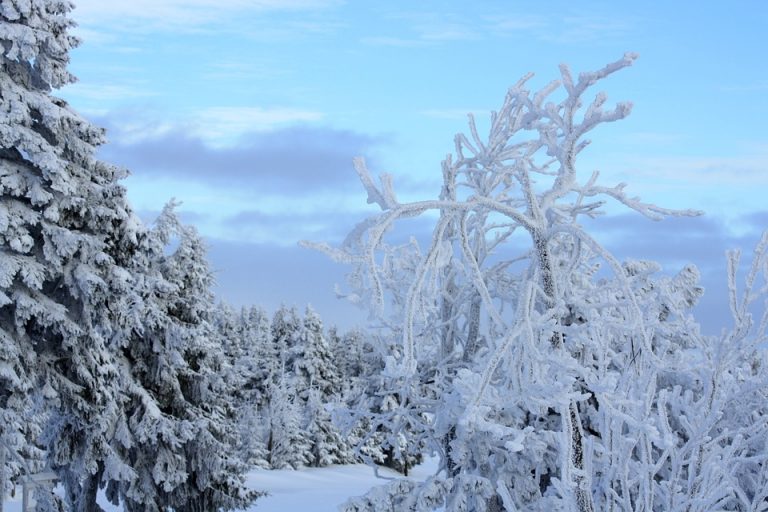 Major tectonic collisions near the equator have caused three ice ages in the last 540 million years. (Image: lutz6078 via Pixabay)

Over the last 540 million years, the Earth has weathered three major ice ages — periods during which global temperatures plummeted, producing extensive ice sheets and glaciers that have stretched beyond the polar caps.

In a study published in Science, the team reports that each of the last three major ice ages were preceded by tropical “arc-continent collisions” — tectonic pileups that occurred near the Earth’s equator in which oceanic plates rode up over continental plates, exposing tens of thousands of kilometers of oceanic rock to a tropical environment.

The scientists say that the heat and humidity of the tropics likely triggered a chemical reaction between the rocks and the atmosphere. Specifically, the rocks’ calcium and magnesium reacted with atmospheric carbon dioxide, pulling the gas out of the atmosphere and permanently sequestering it in the form of carbonates such as limestone.

Over time, the researchers say, this weathering process, occurring over millions of square kilometers, could pull enough carbon dioxide out of the atmosphere to cool temperatures globally and ultimately set off an ice age. Oliver Jagoutz, an associate professor in MIT’s Department of Earth, Atmospheric, and Planetary Sciences and a co-author of the study, said:

“We think that arc-continent collisions at low latitudes are the trigger for global cooling.

“This could occur over 1-5 million square kilometers, which sounds like a lot. But in reality, it’s a very thin strip of Earth, sitting in the right location, that can change the global climate.”

A tropical trigger for ice ages

When an oceanic plate pushes up against a continental plate, the collision typically creates a mountain range of newly exposed rock. The fault zone along which the oceanic and continental plates collide is called a “suture.” Today, certain mountain ranges, such as the Himalayas, contain sutures that have migrated from their original collision points, as continents have shifted over millennia.

In 2016, Jagoutz and his colleagues retraced the movements of two sutures that today make up the Himalayas. They found that both sutures stemmed from the same tectonic migration. Eighty million years ago, as the supercontinent known as Gondwana moved north, part of the landmass was crushed against Eurasia, exposing a long line of oceanic rock and creating the first suture; 50 million years ago, another collision between the supercontinents created a second suture.

The team found that both collisions occurred in tropical zones near the equator, and both preceded global atmospheric cooling events by several million years — which is nearly instantaneous on a geologic timescale. After looking into the rates at which exposed oceanic rock, also known as ophiolites, could react with carbon dioxide in the tropics, the researchers concluded that, given their location and magnitude, both sutures could have indeed sequestered enough carbon dioxide to cool the atmosphere and trigger both ice ages.

Interestingly, they found that this process was likely responsible for ending both ice ages as well. Over millions of years, the oceanic rock that was available to react with the atmosphere eventually eroded away, replaced with new rock that took up far less carbon dioxide.

“We showed that this process can start and end glaciation,” Jagoutz says. “Then we wondered, how often does that work? If our hypothesis is correct, we should find that for every time there’s a cooling event, there are a lot of sutures in the tropics.”

The researchers looked to see whether ice ages even further back in Earth’s history were associated with similar arc-continent collisions in the tropics. They performed an extensive literature search to compile the locations of all the major suture zones on Earth today and then used a computer simulation of plate tectonics to reconstruct the movement of these suture zones, and the Earth’s continental and oceanic plates, back through time.

In this way, they were able to pinpoint approximately where and when each suture originally formed, and how long each suture stretched. They identified three periods over the last 540 million years in which major sutures, of about 10,000 kilometers in length, were formed in the tropics.

Each of these periods coincided with each of three major, well-known ice ages, in the Late Ordovician (455 to 440 million years ago), the Permo-Carboniferous (335 to 280 million years ago), and the Cenozoic (35 million years ago to present day). Importantly, they found there were no ice ages or glaciation events during periods when major suture zones formed outside of the tropics. Jagoutz explained:

“We found that every time there was a peak in the suture zone in the tropics, there was a glaciation event.

He notes that a major suture zone, spanning about 10,000 kilometers, is still active today in Indonesia, and is possibly responsible for the Earth’s current glacial period and the appearance of extensive ice sheets at the poles.

This tropical zone includes some of the largest ophiolite bodies in the world and is currently one of the most efficient regions on Earth for absorbing and sequestering carbon dioxide. As global temperatures are climbing as a result of human-derived carbon dioxide, some scientists have proposed grinding up vast quantities of ophiolites and spreading the minerals throughout the equatorial belt, in an effort to speed up this natural cooling process.

But Jagoutz says the act of grinding up and transporting these materials could produce additional, unintended carbon emissions. And it’s unclear whether such measures could make any significant impact within our lifetimes:

“It’s a challenge to make this process work on human timescales.

“The Earth does this in a slow, geological process that has nothing to do with what we do to the Earth today. And it will neither harm us, nor save us.”

However, Lee Kump, dean of the College of Earth and Mineral Sciences at Penn State University, sees at least one silver lining for this slow, natural sequestration process in the Earth’s future. Kump, who was not involved in the research added:

“Emissions of carbon dioxide from human activity today rival the most massive volcanic episodes in Earth history, far exceeding the capacity of rock weathering feedbacks to counter the buildup.

“However, as anthropogenic carbon emissions wane, natural restoration processes like these will begin the multimillennial repair job of restoring atmospheric carbon dioxide to pre-Anthropocene levels.”