US Warns Italy Not to Fall Into China’s Debt Trap 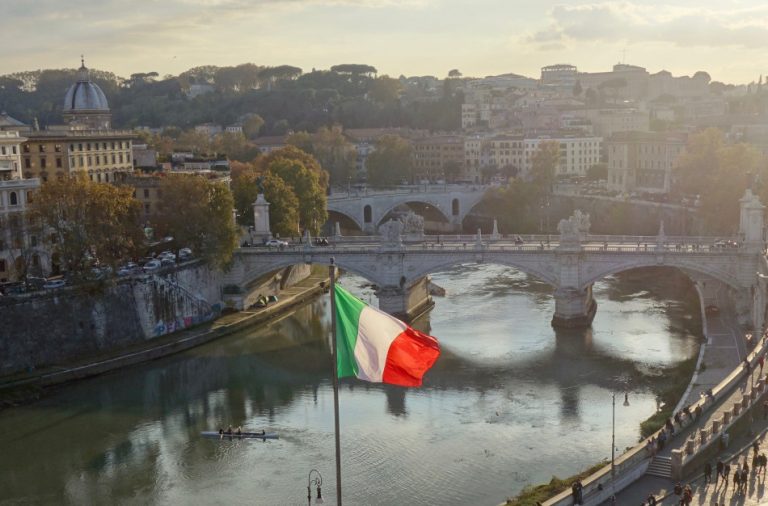 Italian Prime Minister Giuseppe Conte has suggested that his country might soon be a part of China’s Belt and Road Initiative. (Image: Sonse via flickr CC BY 2.0 )

With Italian Prime Minister Giuseppe Conte suggesting that his country might soon be a part of China’s Belt and Road Initiative (BRI), the U.S. has asked Italy to refrain from such commitments with Beijing. Opposition parties are also said to be quite disturbed by the government’s decision.

“Italy is a major global economy and a great investment destination. Endorsing BRI lends legitimacy to China’s predatory approach to investment and will bring no benefits to the Italian people,” the U.S. National Security Council said in a tweet.

Rome and Beijing are reportedly planning on signing more than 30 memorandums of understanding (MOU’s) very soon, out of which 16 would be signed by the Chinese government. Areas covered under the MOU’s will include removing trade and investment barriers, connectivity, economic partnerships, transport, logistics, and infrastructure. Cooperation between the two central banks is also in discussion together with Italy’s support for the internationalization of China’s currency.

Italy is an important part of China’s overall plan for Europe since the country will act as an entry point for Chinese shipments in the region. If everything goes as planned, China will make some serious investments in the ports of Trieste and Genoa. Trieste is one of the biggest ports in the entire Mediterranean and has a well-developed railway system that connects the region to major cities in northern and central Europe. Despite the Italian government’s position that Beijing is no threat to the country, members of the opposition and several industry leaders are worried.

Some say that the BRI initiative would lead to the colonization of Italy and are warning the government to be very careful when allowing Chinese investments in critical sectors like infrastructure and telecommunications. “The risk I see is that people are not discerning between the need to increase our trade versus the Chinese growing hegemonic position,” Luigi Merlo, president of a transportation union Federlogistica Conftrasporto, said in a statement (The Epoch Times).

The executive arm of the EU has also opposed potential agreements between the two nations and has dubbed China as an economic rival promoting an alternative model of government that would end up harming free democracies. U.S. Senator Marco Rubio termed Italy’s planned decision to join the BRI as “stunningly naïve.”

“Italy’s reported desire to curry favor with the communist Chinese government by endorsing the ‘Belt and Road Initiative’ is stunningly naïve… China’s goal is simple — undermine foreign competition by stealing intellectual property and trade secrets, and artificially propping up Chinese state-directed actors at the expense of its trading ‘partners’. As we in the U.S. are learning, the long-term economic and national security risks far outweigh any increases in Chinese foreign investment or increased exports to China,” he said to Breitbart.

A major worry about Italy’s involvement with the BRI is that China might entrap the country in debt and strong-arm the government into doing things that could compromise the security of Europe. Beijing is famous for engaging in such tactics.

Sri Lanka had developed the Hambantota Port by taking out loans from the Chinese. Constructed with much fanfare, the port eventually turned out to be not so profitable, thereby becoming a major burden on the government as the country was unable to pay off its loans. Eventually, the Sri Lankan administration leased the port out to the Chinese for 99 years, with rumors suggesting that Beijing might even use it for military purposes.

Other Asian countries that have fallen into debt to the Chinese include the Maldives and Pakistan. In South America, Argentina leased their land tax-free to China for 50 years, allowing Beijing to set up a satellite tracking facility that will help the Chinese military. The Argentinian government is not allowed to access the facility. In the African nation of Djibouti, China’s debt entrapment tactic ensured Beijing has a stranglehold on the nation. As a result, Djibouti became the first country to host an overseas Chinese military base.