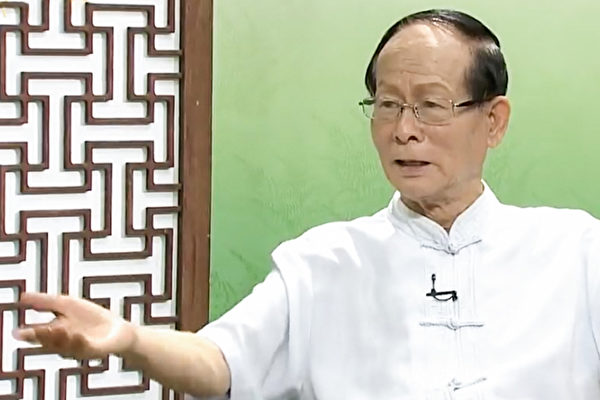 It is well known that CPR (cardiopulmonary resuscitation) is a life-saving method for cardiac emergencies, but you may not know that there is also a life-saving first-aid procedure in traditional Chinese medicine. Dr. Dong Yang-ling, an 84-year-old Chinese physician, has saved many lives using this method. Here, he describes how he uses it to save a life in a short period of time:

Several years ago I was invited to give a speech in the United States. When I was on my way back to Taiwan, the captain announced that they needed help from any medical personnel on board, as a female passenger was unresponsive. I got up and went to assist immediately. I saw an unconscious female with two physicians beside her. One young doctor did not seem to know what to do, while another was searching for a stethoscope. I stepped forward and asked to work on her.

I felt her pulse, which was very weak. I judged it to be a cardiac emergency and immediately pinched the chest muscle under her left arm three times forcefully. Within seconds, the female awoke and was responsive. The two doctors and attendants surrounding the female were all surprised.

Emergency procedures have a long history in China. The first recorded case can be traced back to the Spring-Autumn period (770-468 B.C.) and a famous physician named Bianque. While on his way to Guo, Doctor Bianque encountered some passers-by who told him that the prince of the region had just passed away. Bianque asked them when he had died and they told him about two hours ago.

Doctor Bianque judged that the prince might have just fainted as there was a condition in which the patient appeared to be dead but was actually in a coma. He rushed to the gated palace and asked to be let in to treat the young prince. He was immediately led to the bedroom where the prince was on the bed surrounded by his family. Doctor Bianque immediately performed acupuncture at the baihui point at the top center of his head. The price immediately awoke and sat upright in bed.

How to perform the technique

While this technique may seem straightforward, it still requires training by a professional acupuncturist before any attempt is made to use it during an actual medical emergency.

First, make sure the person is on the ground facing up. Stand on the left side of the patient and use the right hand to grasp the left wrist of the patient, and lift the arm until it is almost straight. When the arm is lifted, the patient’s pectoralis minor muscle (located beside the armpit, close to the chest) will emerge.

Use the four fingers of the left hand to lock the border of the patient’s pectoralis minor muscle and use the thumb to pinch the center of the armpit of the patient. After the fingers are in the right location, pull with full force toward the left and in an upward direction.

Repeat this several times and the patient should become responsive. When you pinch the points, you should use appropriate strength based on the patient’s condition. Do not use too much force on children or the elderly.

In traditional Chinese medicine, it is said that the lung is in charge of our chi (bio-energy). The two points on the border of the pectoralis minor muscle are at the beginning of the lung meridian, and together they form a line connecting the lungs. When one faints, breathing is shallow and the lungs have no energy. When the two points are stimulated, it is like pumping energy into the lungs, and there should be a response.

The jiquan point at the center of the armpit is in the heart meridian. Stimulating this point causes the heart to function better. So pinching acupuncture points in the lungs and the heart meridians can restore the energy of these two organs.