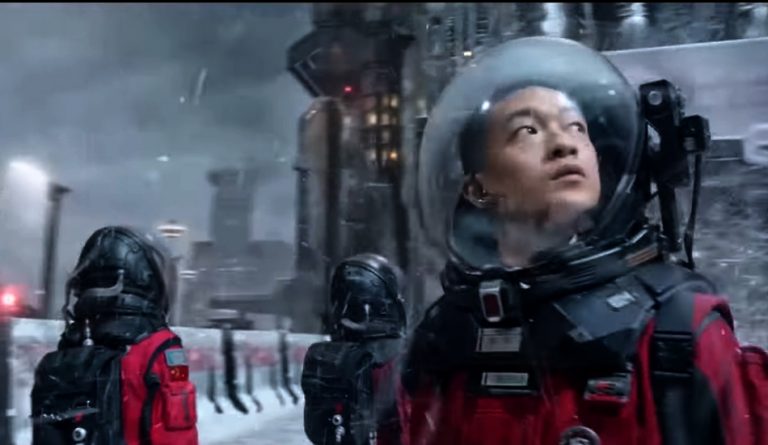 The Wandering Earth is a big blockbuster in China. (Image: YouTube/Screenshot)

When the Chinese movie The Wandering Earth hit the domestic box office in February, it set some brand new records. Within its first week, the movie collected US$349 million. Despite this strong performance in the mainland, The Wandering Earth has received a lukewarm response from moviegoers in Hong Kong.

No takers for a Chinese blockbuster?

Film buffs in Hong Kong tend to like movies that either feature local stars or have a crime thriller as the genre. The younger generation is more into independent local films. As such, a movie like The Wandering Earth, which is a big budget, sci-fi spectacle, has less chance of finding a large audience in the city. However, this is not the only reason for the movie’s poor performance.

The Wandering Earth was released in Hong Kong one month after running in the mainland. By this time, prints of the film had already released online while copies of the movie were circulating in the local black market. This essentially meant that Hongkongers who had a deep interest in the movie and couldn’t wait for a month to watch it had already seen it through illegal means. Plus, a month-long wait ended up killing the hype for many who were initially enthusiastic about watching the movie. They eventually decided to wait for the film to come on streaming services.

Even among people who watch spectacle movies, The Wandering Earth had competition. Being released in March put it in direct competition with Marvel Studio’s latest blockbuster Captain Marvel. Since the franchise already has a huge fan following, many moviegoers chose to see the latest Hollywood offering. Despite the lackluster performance in Hong Kong, the tremendous success of The Wandering Earth in China is something to take note of.

“The Wandering Earth is now at a domestic gross that is higher than all but three North American releases ever. In the history of Hollywood, only Star Wars: The Force Awakens, Avatar, and Black Panther have ever made more money in one region than The Wandering Earth has made in around 4 weeks of release. At US$679.3million, The Wandering Earth now sits ahead of the likes of Avengers: Infinity War, every Harry Potter movie, every Disney animation, the entire Jurassic Park/Jurassic World franchise, and even Titanic in terms of money earned in just one region,” according to The Film Magazine.

The Wandering Earth is also facing accusations of plagiarism. Officially, the movie is an adaptation of a novella written by Liu Cixin in 2000. However, the film has some eerie resemblance to a 1962 Japanese movie called Gorath.

Gorath was set in Tokyo and revolved around humans building a huge ejector in the South Pole to move Earth out of the way of an incoming planet. In The Wandering Earth, people build a large number of ejectors to propel Earth out of the solar system.

“Not only is the storyline very similar, but netizens made comparisons of the two movie trailers joking that the Japanese must have watched The Wandering Earth and then traveled back in time to make Gorath! Everything from the background settings, clothing, the pace of the story, to the style of filming was very similar,” according to Jayne Stars.

Meanwhile, Netflix has acquired North American streaming rights to the movie. Though the company didn’t say when the film will be available to audiences, it is expected to start streaming sometime later this year.