A Story of Kung Fu 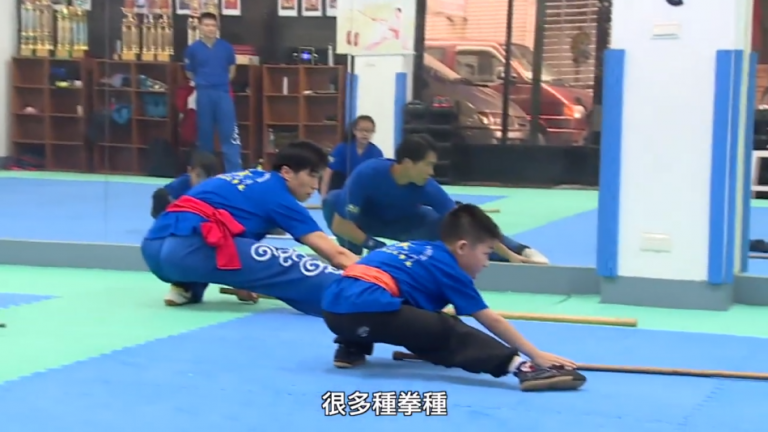 The martial art of kung fu is one of China's greatest cultural exports. (Image: Screenshot via YouTube)

One of the greatest cultural exports from China is kung fu. The martial art has been developed over thousands of years and literally means “achievement made through effort.” People mistakenly assume that kung fu originated with the Shaolin Temple. This is not true. The history of kung fu goes back much further.

Around the second millennium B.C., an early version of kung fu was already in development in China. The great Yellow Emperor, Huangdi, is believed to have invented a form of wrestling during this period that focused on using horned helmets. Around the 2nd century B.C., techniques like strikes, joint locks, and blocks were added.

In the second century A.D., a physician named Hua Tuo developed a series of exercises based on animal movements to improve the health of his patients. The movements were inspired by animals like monkeys, tigers, storks, bears, and deer. This eventually went on to influence the martial arts culture of the region and is the main reason why kung fu incorporates many animal movements in its practices.

The Shaolin Temple was built around the 3rd century A.D. as a center of Buddhism. In the 5th century A.D., a Buddhist monk named Bodhidharma, known by the Chinese as “Da Mo,” arrived at the temple. And with his arrival, kung fu took a whole new path. Initially, Bodhidharma was rejected entry by the monks at the temple since he was a foreigner. He went to a nearby cave and started meditating. After nine years had passed, the monks at the Shaolin Temple realized that Bodhidharma was a spiritual master and invited him to their temple.

At the temple, Bodhidharma discovered that the monks were physically too weak to practice intensive meditation. To correct this problem, he taught exercises and breathing techniques, which later on evolved into what is popularly called Shaolin kung fu. Though it was initially used for spiritual purposes, Shaolin kung fu influenced the martial arts culture of China so much that several styles of the art form developed over time and became an important component for the military.

After the Chinese Communist Party (CCP) came into power, there was an intense attack against kung fu culture. “When Mao Zedong eventually took hold of China, he attempted to destroy almost everything that was traditional in order to grow his particular brand of Communism. Kung fu books and Chinese history, including much of the literature on the art at the Shaolin Temple, was put under attack and in many cases destroyed at this time. Along with this, several kung fu masters fled the country,” according to Thought Co.

However, the communists seem to have later realized that kung fu could be used to strengthen national identity. As such, the CCP stopped its attack on the martial arts tradition and began promoting kung fu.

Though kung fu is seen as a fighting technique, one needs to remember that it was developed as a means to enable practitioners to focus on spiritual activities. This core concept is still prevalent in many kung fu schools. Great masters often train students in controlling their mind and then their body. Without a properly trained mind capable of remaining still amidst the chaos, no amount of physical kung fu skills would yield the desired results.

Kung fu does not focus excessively on developing big, bulky muscles. Instead, it aims to make the muscles flexible. In fact, people with flexible, relaxed muscles are said to be able to move their fists faster than those with rigid muscles. Practitioners who focus on internal training are usually capable of performing physical training for longer periods of time. A calm mind essentially cuts down unnecessary movements, thereby helping the practitioner save up his energy and fight longer.

The meditation practices in kung fu are designed to help people develop mastery over their life force, often called Qi (or chi). The greater control one has over Qi, the better and more well-controlled their movements will be. Such a person will be able to better assess an opponent’s strengths and weaknesses.

Kung fu has also influenced Chinese classical dance. In fact, those who see classical Chinese dance performances like Shen Yun will be hard pressed to identify any differences in basic movements. Both have a shared history of over 5,000 years. The only difference between them is the application of techniques — while kung fu uses its movements to teach people how to fight and defend themselves, classical dance uses the exact same movements to entertain.

Throughout history, China has produced numerous kung fu masters who have left their mark on history. Among them, the name of Yue Fei, who lived in the 12the century, stands tall. Yue Fei is often considered one of the greatest generals in the history of China and is popular for leading the Southern Song forces against the Jin in northern China. He is said to have invented the kung fu style of “Xin Yi Quan” in which aggressive linear movements combined with explosive power are used against an enemy from a short range. He is also believed to have developed the eagle claw style of kung fu.

Zhang Sanfeng, who lived around the 12th century, is another famous kung fu master. He is credited with the creation of Tai Chi. According to legends, he was seven feet tall and lived for over 200 years. Some even believe he achieved immortality. Zhang developed Tai Chi after observing a fight between a crane and a snake in the Wu Dang Mountains. Today, Tai Chi is a widely practiced spiritual exercise.

Among modern masters, the name of Yip Man is revered among the Chinese. Born in 1893, he is famous for being the first person to start a Wing Chun school for the masses. Thanks to his efforts, Wing Chun became a popular style of kung fu worldwide. Known as “Grandmaster” among his disciples, Yip Man mentored the legendary Bruce Lee.

Hundreds of kung fu styles have been developed by Chinese masters over the centuries. Of these, only a few have gained immense respect among the practitioners of kung fu. Shaolin kung fu takes the top spot as the most revered kung fu tradition. The famous styles that have come out of this school include Beitui, Nanquan, Wing Chun, and Shaolin Boxing.

Wudang Martial Arts receives almost the same level of respect as Shaolin. The school is based at Mount Wudang and is influenced by Taoist traditions. Popular styles of the Wudang School include Baguazhang and intention/form boxing.

Emei Martial Arts is camped at Mount Emei in Sichuan and has its own large group of followers. The school blends the styles of Wudang and Shaolin, creating a moderate fighting style. Dianyi, Tiefo, and Qingcheng are some of the popular sub-branches of the school.