Sanctions or Not, Kim Jong-un Loves His Luxury 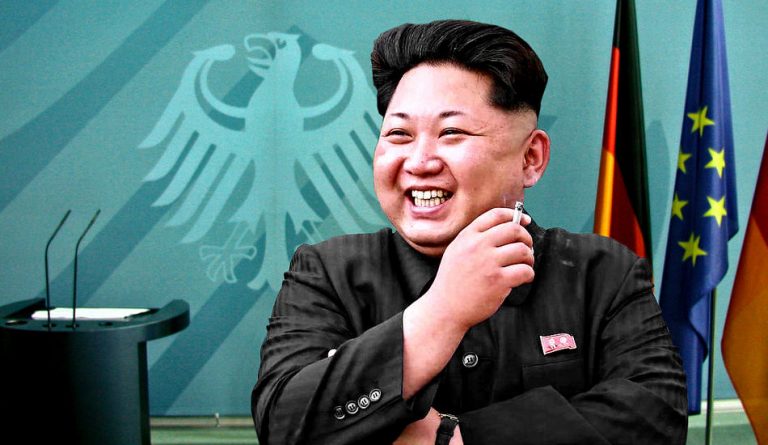 The United Nations is investigating Kim Jong-un for procuring several luxury cars, including brands like Mercedes-Benz, Rolls Royce, and Lexus. The UN has banned member countries from exporting luxury goods to North Korea due to the nation’s nuclear program.

“The North Koreans procure what they want. They get the best when they need it… Violating sanctions is bad behavior and such obvious violations at international events aren’t helpful, in my view, for enforcing of sanctions,” Hugh Griffiths, a coordinator of the UN panel of experts investigating sanctions-busting by North Korea, said in a statement (Business Standard).

During the recent U.S.-North Korea summit in Singapore, Kim arrived accompanied by a slew of Mercedes-Benz luxury cars. None of them sported license plates. Last year, when U.S. Secretary of State Mike Pompeo was in Pyongyang to meet Kim, the North Korean leader arrived at the meeting in a Rolls Royce Phantom limousine. Many believe that such a display of luxury cars is intended to send a message.

“The fact that the car was showcased during Kim’s grand arrival to the meeting with Pompeo was no accident. It was a North Korean show of defiance against the entire sanctions regime that the U.S. has championed, and a rolling symbol of its supposed futility,” according to The Drive.

Several reports suggest that the Mercedes cars used by Kim and his associates were customized in the United States and sent to a businessman in China named Yunong Ma. He is then believed to have transported the cars to North Korea illegally. In fact, Ma’s company, Seajet International, has a history of illegal shipments of arms from North Korea. Recently, Kim was spotted with a Mercedes-Maybach S 600 while on his way to the Workers’ Party of Korea (WPK) Central Committee building. Pictures of the car suggest that Kim had modified the vehicle.

“I’d say a new Mercedes is a luxury goods violation by North Korea and, probably, its Chinese middlemen… It’s business as usual… That is, blatant violation of UNSC sanctions not only by North Korea, but also almost certainly by Mercedes, certainly by the country from which the sedan was shipped to China (lack of due diligence), and by China itself,” Sung-Yoon Lee, from Tufts University, said in a statement (NK Pro).

A fetish for luxury goods

Kim Jong-un is known to have an extreme fondness for luxury goods. Last year, a South Korean MP, Yoon Sang-hyun, accused the North Korean leader of importing close to US$4 billion worth of luxury items from China since he came into power in 2011.

“Kim has bought lavish items from China and other places like a seaplane for not only his own family, and also expensive musical instruments, high-quality TVs, sedans, liquor, watches, and fur as gifts for the elites who prop up his regime,” he said in a statement (Independent).

In 2017 alone, Kim is believed to have imported about US$640 million worth of luxury products. Purchases of electronic items were valued at US$340 million. The value of car imports stood at US$204 million. Almost US$35 million worth of liquors were also imported by Kim during the period. Of the total Chinese imports valued at US$3.7 billion in 2017, almost 17.8 percent was spent on luxury products.