Vatican Says: China Should Not Fear the Church 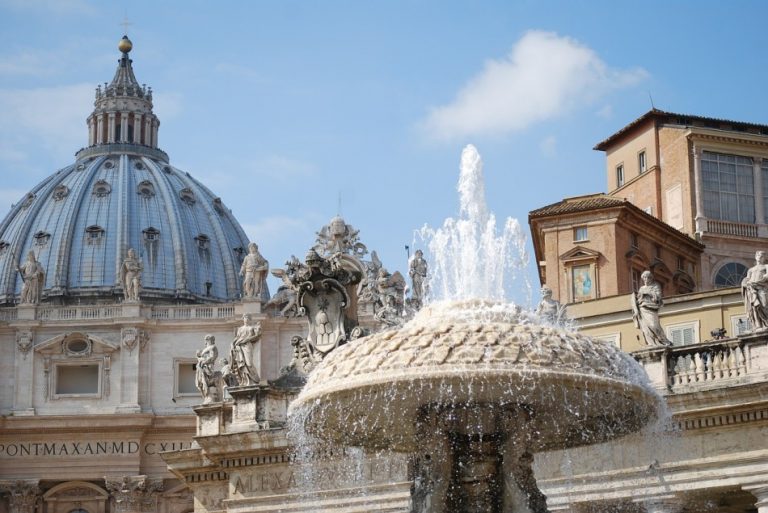 With Chinese president Xi Jinping in Italy for a 3-day visit, there has been speculation over whether he will be visiting Pope Francis. (Image: via pixabay / CC0 1.0)

With Chinese president Xi Jinping in Italy for a 3-day visit, there has been speculation over whether he will be visiting Pope Francis. While representatives of the Vatican have indicated that the Pope is open to such a meeting, some have asked the Chinese regime to stop looking at the Church as an enemy.

“The Catholic Church in China is not a ‘foreigner’ but an integral and active part of Chinese history and can contribute to the edification of a society that is more harmonious and respectful of all… Today, the hope of Pope Francis is that, after so many difficulties, misunderstandings, and sufferings, the Catholic Community, too, can intone in the Middle Kingdom, through sincere dialogue, a hymn of faith and thanksgiving, enriched by authentically Chinese notes,” Cardinal Pietro Parolin, the Vatican’s secretary of state, said in a statement (The Diplomat).

Sources from the Vatican state that intermediaries have expressed the Pope’s interest in meeting Xi to the Chinese authorities. However, Beijing has not yet responded to such expressions of interest. In fact, Chinese Foreign Ministry spokesman, Geng Shuang, stated that there was no plan for Xi to meet the Pope. However, he confirmed that Beijing is sincerely looking forward to improving ties with the church.

In September last year, the Vatican entered into an agreement with Beijing regarding how the official Catholic Church in China would operate. The deal was in the making for over 10 years and gives the Chinese regime complete authority to nominate bishops. This would allow Beijing to ensure that only those who are loyal to the Communist Party end up in positions of power in the Chinese Catholic Church.

The agreement has caused serious dissent among China’s 12 million Catholics. While some have decided to go along and follow the state-sanctioned official church, a few others have resigned to underground churches where they practice their faith the way they want. However, authorities have been cracking down on underground Christians, arresting and even persecuting them.

Parolin assures China that the Holy See does not have any hostility toward the country or its government. He stressed that it is time to remember the past and write a new future together for the church in China. Distrust in “foreign” churches has been increasing in China of late, especially after Beijing unveiled its plans to Sinicize religions over the next few years.

Meanwhile, the Italian government has given a splendid welcome to Xi Jinping. Officials stated that almost 30 trade agreements worth around US$7.9 billion could be signed between the two nations in the coming days. Italian Prime Minister Giuseppe Conte has been upbeat about Xi’s visit and has declared his support for Beijing’s Belt and Road Initiative (BRI) project even though many European leaders warned him against trusting the Chinese regime.

“We want to first and foremost rebalance our trade, which is not favorable to us now. Our exports to China are far lower than other European countries… We will have new airports, new trade corridors, and it will certainly influence our economic growth. We don’t want to lose any opportunity,” he said in a statement (The New York Times).

French president Emmanuel Macron accused China of playing a divide and rule game in Europe, exploiting the internal tensions in the region. Steve Bannon, the former chief strategist of President Donald Trump, has warned Rome to look into China’s predatory economic model before signing any agreement with the communists.