Let Pandas Show You the Way to Inner Peace 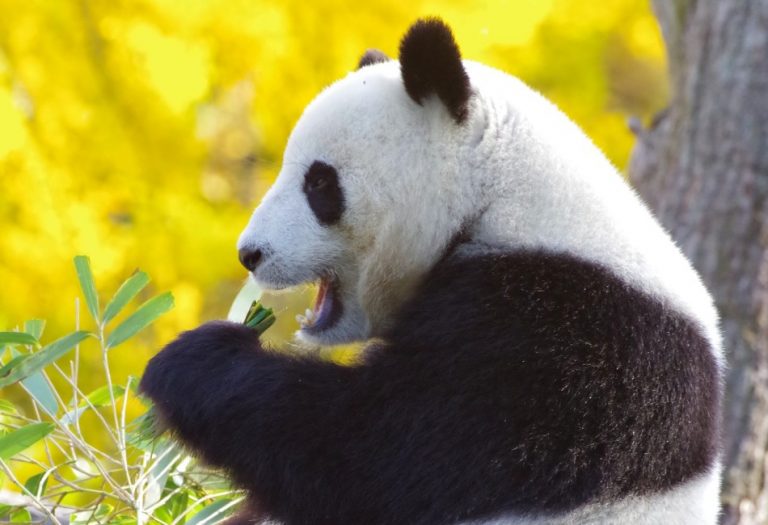 Pandas are one of the cutest creatures on earth, with people ascribing qualities of strength and (inner) peace to them. (Image: 995645 via Pixabay)

Pandas are one of the cutest creatures on earth. Traditionally associated with China, pandas have been revered in local traditions, with people ascribing qualities of strength and (inner) peace to the animal.

In China, people generally call pandas maoxiong, meaning cat-like bear. However, a more suitable name is believed to be daxiongmao, which means great bearcat. Chinese culture associates pandas with prosperity and abundance. Being slow-moving creatures, they are viewed as a symbol of slowing down and taking stock of things. The Chinese also see them as a representation of strength.

“From the eyes of the Chinese people, pandas are like warriors because of the qualities they possess. Pandas are able to find food for themselves, climb trees, and withstand extremely cold temperatures. It has even been said that pandas are as strong as tigers. This proves that they are tough, like warriors, and China wants to be seen in that way as well,” according to thedailychina.org.

In ancient times, they were considered noble creatures that would hurt neither man nor beast. As such, they came to be associated with peace. During the Xizhou Dynasty, if an army was to raise a flag on the battlefield with an image of a panda, it was seen as an invitation to end the war and establish temporary peace. In recent times, China has actually gifted some of its pandas to other nations as a mark of peaceful relationships.

Being black and white in color, pandas have also been seen as a physical manifestation of the yin-yang principle. “The panda’s placid nature is a demonstration of how the Yin and Yang, when perfectly balanced, contribute to peace and harmony. While [the] dragon has historically served as China’s national emblem, the giant panda has served as an emblem for the country too in recent decades. Its image appears on a large number of modern Chinese commemorative gold, silver, and platinum coins,” according to Chinese Horoscope.

Pandas usually tend to be solitary animals. The males of the species have well-developed senses that allow them to avoid other males and thus prevent conflict. They are also able to communicate with one another through vocalization and scent markings. Typical scent markings include clawing on trees or spraying urine in an area. They eat up to 40 pounds of bamboo per day. They are also excellent swimmers and climbers.

Pandas were once classified as an endangered species in China. In the ’70s, there were just about 1,114 of them in the country. Due to the efforts of animal organizations and state departments, their population has grown over the past four decades. As of 2018, the State Forestry and Grassland Administration estimated about 1,864 were living in China. This population surge was made possible through strong action against poaching activities.

“Poaching the animals for their fur has declined due to strict laws and greater public awareness of the panda’s protected status… But hunters seeking other animals in panda habitats continue to kill pandas accidentally,” according to a WWF statement (Live Kindly).

Killing a panda was punishable by death in China until 1997. Today, such a crime would attract a prison sentence of 20 years. The state has constructed several “bamboo corridors” that allow pandas to move into new regions in the forest safely.