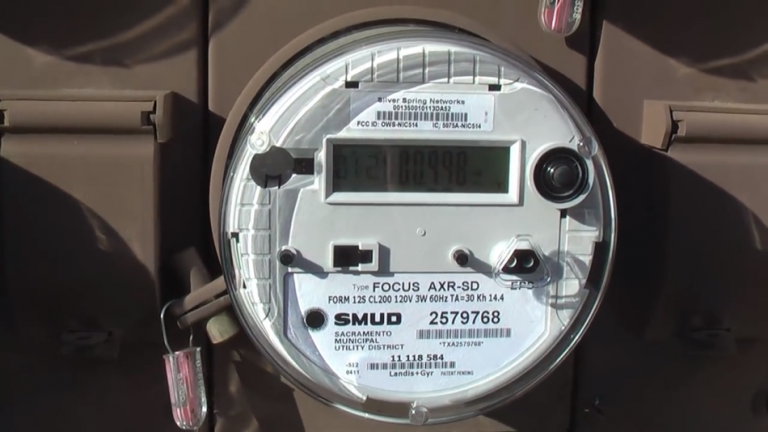 More than 40 percent of American households have already had smart meters installed in their homes. (Image: Screenshot / YouTube)

More than 40 percent of American households have already had smart meters installed in their homes. These devices collect data on electricity consumption in a household and send it back to the central computer system of the utility provider. The meter uses RF transmissions to talk with the central system. Some people worry that the waves being emitted by the devices could be a serious health risk, even resulting in cancer.

In 2015, almost 220 scientists from 41 countries signed the International Scientists Appeal, warning that the frequencies emitted by cell phones, smart meters, and Wi-Fi are harmful to health. The Bioinitiative report has collected around 2,000 scientific papers that talk about the negative effects of electromagnetic fields. These were reviewed by 29 scientists. “Their conclusions note that the continued rollout of wireless technologies jeopardizes global health and recommends stricter biologically based standards, lower exposure limits, and a more cautious, science-based approach,” according to EMF Safety Network.

Utility companies argue that smart meter emissions are far lower than those from a satellite dish or cell phone, and state that they follow FCC’s health guidelines regarding RF radiation. However, critics point out that the FCC’s guidelines were set up in 1996 before the modern technological surge and that it is ineffective when gauging the dangers posed by current devices. The National Toxicology Program in Research Triangle Park has stated that RF radiation is carcinogenic. Even the World Health Organization (WHO) admits to it.

Though smart meters emit low-level RF radiation, many people claim to have experienced headaches, migraines, sleep disturbances, balance problems, and dizziness after being exposed to them. But despite these health concerns, utility companies continue installing smart meters in American households. Some claim that since the meters are located outside the walls, any potential negative health impact from the meters will be “minimized.”

“The outside wall of the house should provide some shielding, and, even if you had a bedroom, or a place where people spent a lot of time on the other side of the wall, we’re still talking about a good amount of distance behind the wall and away from the smart meter,” Burton Ogle, a professor at the Environmental Health Program at Western Carolina University, said to WLOS.

The smart meters also come with their fair share of privacy and security issues. Being connected to a central computer system over the Internet, these meters are a target for hackers from hostile nations. A successful hack attempt could end up damaging the electric grid of the entire country, creating chaos.

“There is not a power meter or device on the grid that is protected from hacking — if not already infected with some kind of Trojan horse that can cause the grid to be shut down or completely annihilated,” David Chalk, a cyber-security expert, said in a video.

When it comes to privacy, smart meters can provide information about a home’s energy consumption pattern to utility companies and the government. However, this breach of privacy has been countered somewhat by a U.S. court judgment last year that declared that energy consumption data of a household is protected under the Fourth Amendment.

By 2020, almost 80 percent of American households are expected to have smart meters installed. In the EU, approximately 200 million households will have these devices by the end of this decade.