Audis Made in China Causing Leukemia 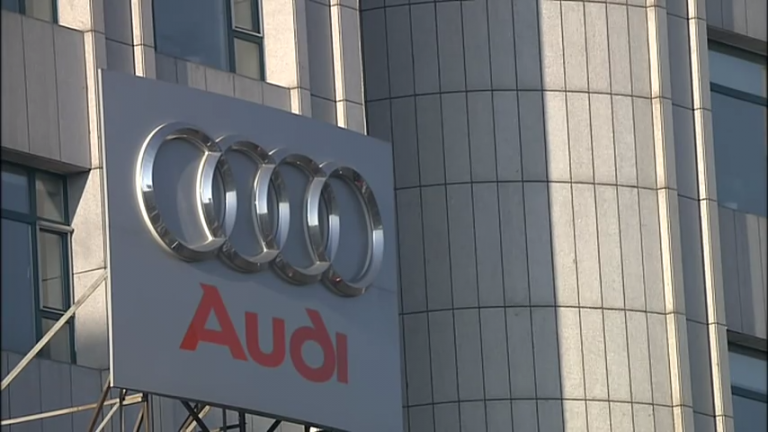 Six Chinese citizens have accused FAW-Volkswagen of manufacturing ‘poisonous’ vehicles after people close to them developed leukemia following the purchase of Audi cars from the company. (Image: Screenshot / YouTube)

Six Chinese citizens have accused FAW-Volkswagen of manufacturing “poisonous” vehicles after people close to them developed leukemia following the purchase of Audi cars from the company. FAW-Volkswagen is a joint venture between the famous German carmaker and China’s state-owned FAW corporation. The company is headquartered in Changchun in Jilin Province, China, and locally manufactures Audi cars for sale in the country.

The six Chinese complainants suggested that the company used toxic materials while manufacturing the vehicle. Two of those who contracted the disease have already died. The complainants put up their story on WeChat, along with hospital records of the patients.

In 2017, FAW-Volkswagen admitted that some of the cars it manufactured between September 2013 and March 2016 emitted gases when the dampeners got hot. In the same year, Shenzhen Consumer Council issued a test report that revealed that it had received almost 116 complaints from Audi owners who pointed to the car’s strong smell. The council asked FAW-Volkswagen to recall the cars that had odor issues.

In an interview with Radio Free Asia, one of the victims, Ms. Lin, revealed that she had bought an Audi in March 2015 and was diagnosed with leukemia about three years later. Medical reports suggested that the benzene and formaldehyde in the car exceeded acceptable levels, eventually resulting in the medical condition.

Following the WeChat post, Ms. Lin has been contacted by several more leukemia patients who said they were diagnosed with the condition after buying a locally made Audi. In contrast, owners of imported Audi vehicles have not reported any medical issues. Almost 2,000 owners of Chinese-manufactured Audi cars are apparently planning to form a collective to seek justice against the company’s lax manufacturing standards.

However, owners are finding it impossible to legally move against the company as FAW-Volkswagen is a state-owned enterprise. Since such companies are officially promoted by the government, Beijing usually seeks to quash any negative press against them. The wife of a dead victim told foreign media that she was facing difficulties filing a lawsuit against FAW-Volkswagen.

Local media shunned her since they apparently did not want to antagonize the state by publishing negative news about a public company. Her husband had bought an Audi in 2014 and was diagnosed with leukemia in 2016. Though a bone marrow transplant was conducted, it failed to save him. He died at the age of 40.

Asphalt use in manufacturing

Back in 2013, reports of Chinese-made vehicles emitting strange smells were circulating in the media. The odor was found to have been caused by the use of asphalt dampeners. Asphalt, when hot, emits certain gases that can end up causing cancer. In developed countries, car dampeners do not use asphalt. Instead, materials like rubber or resin are used.

“When a state-owned auto company establishes a joint venture with a foreign company, usually only core components, such as engines, are imported from foreign countries. It’s very common for Chinese carmakers to use inferior materials in less important auto parts and vehicle decorations, as there is no mandatory national standard,” according to The Epoch Times.

In China, asphalt dampeners cost around US$10, while dampeners made from non-toxic materials cost about US$30. To save a few bucks, Chinese manufacturers put the lives of hundreds of car owners at risk.